As central banks around the world continue to print endless amounts of money to try to keep financial assets afloat, they also continue to add to their gold position. In April, central banks globally added another 31.6 tons of gold to their reserves.

Even though the net gold purchases by central banks have slowed down when compared to last year, the World Gold Council expects demand continue over the next 12 months. According to the 2020 Central Bank Gold Reserves survey, 20% of central banks intend to increase their gold reserves over the next 12 months, compared to just 8% of respondents in the 2019 survey. The increase is particularly notable as central bank buying has reached record levels in recent years, adding around 650 tons in 2019 alone.

So far during 2020, central banks have added a net 142 tons of gold to their reserves. In 2019, central banks purchased 650.3 tons which represented the second highest level of annual purchases in 50 years, which was only a little bit lower then the record in 2018, which was net purchases of 656.2 tons…CLICK for complete article

It’s All About Grade

The steady increase in the price of gold since mid-2018 has been a boon to many precious metals investors; those who own physical gold, gold ETFs and senior gold producers being the most obvious.

But the implications for the precious metals industry as a whole are more wide-spread. The big question miners and investors alike are asking is – where will the next generation for profitable gold mines come from? The short answer is exploration companies.

As this gold bull market picks up speed, well-known, high grade, previously discovered gold deposits become more and more attractive, driving their value significantly higher. When gold was below $1350 for much of the period between 2013 and 2018 – a period of falling gold prices but rising operating costs – many good quality, pre-development companies and deposits went on hold because the numbers just didn’t work.

Enter Canarc (TSX: CCM). Their New Polaris Gold Mine Project in British Columbia is one such example. New Polaris was discovered in the early 1990’s and became known as Western Canada’s highest-grade undeveloped gold resource to an entire generation of miners and investors. 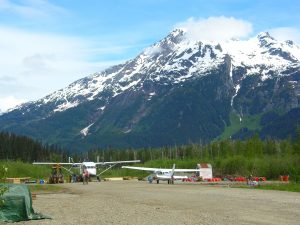 The new numbers were robust. Using an economic model at $1300 per/oz gold and a $0.77 Cdn/US exchange rate, the after-tax internal rate of return (IRR) and net present value (NPV) were 38% and USD$216 million respectively. Good, but not enough to set the market on fire at the time.

Fast forward a year, Canarc recently updated it’s still-compliant PEA, this time using $1500 gold, a $0.71 exchange rate, and lower cash operating costs for the economic model. New Polaris now runs an IRR of 56% and an NPV of USD$333 million. Perhaps no surprise that the stock has traded up on volume in recent weeks!

“It’s imperative to recognize that our business in cyclical,” said Canarc Chairman Bradford Cooke. “And more importantly, to know where we are in the cycle and when it is running in our favour. Now is the time to convert our long-term investment in discovering and evaluating New Polaris into Western Canada’s next great gold mine.” 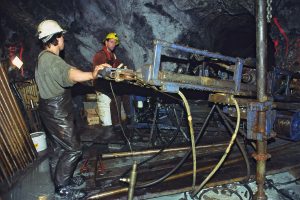 Other Canadian pre-development projects that have returned to the front burner in recent months with updated PEA’s include Seabridge Gold’s (TSX:SEA) flagship KSM project – also in British Columbia, and ATAC’s (TSX-V:ATC) attractive Tiger deposit on their Rau project in the Yukon.

“It may take some time for these robust new economics to sink in for some analysts and investors,” said Canarc CEO Scott Eldridge. “There is always a bias towards new discoveries. Exciting new finds like Great Bear Resources rightly dominate the headlines. But at the end of the day, grade is king, and Canarc owns one of the best. We can create real value for our shareholders by advancing this high-grade gold deposit to feasibility.”

Ultimately, the new bull market for gold, coupled with fewer quality gold mine projects available to develop, suggests that keen investors may find more profitable opportunities beyond physical gold, ETFs and senior producers. Especially as those options become priced past reasonable valuations. Re-visiting some of the highest grade, well-known, undeveloped projects held by exploration companies may be a great place to start.

Copper trading in New York jumped to $2.5025 a pound ($5,515 a tonne) in lunchtime trade, bringing the bellwether metal’s gains since its mid-March low to just under 27%.

BMO Capital Markets, in a research note points out that data from China’s Ministry of Finance show the value of special purpose bonds issued – destined for local government spending on infrastructure – has already surpassed the full-year total in 2019…CLICK for complete article

Gold prices fell further on Wednesday as optimism over a short-term economic recovery boosted investor demand for riskier assets, sending equities to three-month highs despite rising covid-19 tolls and ongoing protests in the US.

“Generally markets are getting comfortable with the fact that even though the data is bad, things are likely to improve and that is taking the shine off gold,” Michael Hewson, Chief Market Analyst at CMC Markets UK, told Reuters…CLICK for complete article

Gold climbed to a fresh seven-year high Monday after the US Federal Reserve said in a report last Friday that stocks and asset prices could “suffer a significant hit,” should the covid-19 pandemic deepen.

Chairman Jerome Powell warned that a full economic recovery could drag through until the end of 2021, depending on the delivery of a vaccine.

How To Play The Next Big Rally In Gold

The pandemic lockdown is killing the global economy, and while stocks are rebounding on the slim hope that everything will eventually go back to normal, Wall Street knows a fear bargain when it sees one, and this could be gold’s time to shine, while some other commodities get crushed.

So imagine buying it in the ground for $3-$4 an ounce instead.

One way it does so is by targeting junior miners with in the ground gold assets, setting short-term price targets that make these global gold assets a cheap base price for investors who are fleeing the next potential economic meltdown.

Among the well-known Wall Street bargain shoppers are Cantor Fitzgerald and GMP Research, two authorities on the street that closely follow the world’s breakthrough gold developments…CLICK for complete article