Back by popular demand, Ryan Irvine and Aaron Dunn of Keystone Financial are sharing their strategies to survive and thrive in this crisis. Is this a tipping point for for behavioural and technological change in areas such as work from home, cloud computing, cybersecurity, artificial intelligence, the internet-of-things and more? Considering their 2020 World Outlook Small Cap portfolio is up an average of 24.67% already – this event will be worth your while. ~ Ed
* June 9th @ 6:00pm Pacific / 7:00pm Mountain time
* June 16th @4:00pm Pacific / 5:00pm Mountain time
CLICK HERE to register 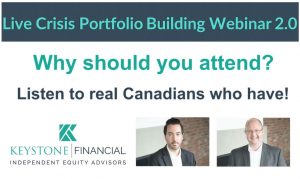 Copper trading in New York jumped to $2.5025 a pound ($5,515 a tonne) in lunchtime trade, bringing the bellwether metal’s gains since its mid-March low to just under 27%.

BMO Capital Markets, in a research note points out that data from China’s Ministry of Finance show the value of special purpose bonds issued – destined for local government spending on infrastructure – has already surpassed the full-year total in 2019…CLICK for complete article

After such a strong rally, traders are understandably getting uneasy the market is overbought and due for a pullback. However, from a purely historical perspective, the strongest 50-day periods have generally led to even more gains over the year that follows, according to LPL Financial Senior Market Strategist Ryan Detrick…CLICK for complete article

The U.S. budget deficit this year, for example, is projected to hit $3.8 trillion, which would be more than double the previous record set during the financial crisis ($1.41 trillion in FY2009). Meanwhile, the Fed has announced “open-ended” asset-buying programs to support the economy, which will add even more to its current $7 trillion balance sheet.

Given the scale of these new numbers—how can we relate them back to the more conventional numbers and figures that we may be more familiar with? CLICK for complete article

The oil markets have been enjoying a period of sustained rally, thanks to a stream of positive factors including somewhat successful compliance to agreed production cuts, a partial rebound in oil demand as well as growing optimism about a possible extension to the OPEC+ cuts.  Brent prices briefly touched $40/barrel on Monday, a level they last touched several months ago with WTI looking to also breach the psychological level if OPEC+ signs off on extensions when it reconvenes on June 10.

The same, however, can hardly be said about the natural gas situation.

Natural gas prices are still flirting with decade-lows courtesy of a stubborn supply overhang thanks to a deluge from shale fields and weak demand due to unfavorable weather.

In fact, the supply glut has become so bad that even a leading producer turning off the taps has done little to boost prices. Natural gas prices have barely barged after Russia’s national oil producer (NOC), Gazprom PJSC, cut off shipments through a key link via Belarus and Poland. CLICK for complete article

This week’s article focuses on how inventory build in the US is being ignored, and what OPEC will do going forward. So far OPEC talks the talk but doesn’t walk the walk.

Each week Josef Schachter will give you his insights into global events, price forecasts and the fundamentals of the energy sector. Josef offers a twice monthly Black Gold newsletter covering the general energy market and 28 energy and energy service companies with regular updates. He holds quarterly subscriber webinars and provides Action BUY and SELL Alerts for paid subscribers. Learn more and subscribe.

EIA Weekly Data: Wednesday June 3rd’s EIA data was mostly bearish. While the headline number of commercial crude stocks was down by 2.1Mb it was less than the 3.1Mb decline expected. The decline was due to net imports falling by 639Kb/d or by 4.5Mb on the week. If net imports had been flat, crude inventories would have risen by 2.4Mb in the week. Motor gasoline stocks rose by 2.8Mb and Distillates by 9.9Mb. Overall stocks rose a whopping 19.2Mb on the week. Total stocks are now up 129.8Mb over last year of which commercial crude stocks are up 49.1Mb above last year or up by 10.2%. Refinery runs rose to 71.8% from 71.3% in the prior week.

US production of crude fell by 200Kb/d to 11.2Mb/d and is now down 1.9Mb/d from the peak in mid-March at 13.1Mb/d. We are nearing our expected level of 11.0Mb/d that we have been forecasting for the summer production level. However, there is now talk about some US energy companies (examples: Parsley Energy and EOG Resources) bringing back hundreds of thousands of barrels of shut-in low cost production. If so this would exacerbate the inventory glut. Cushing saw a decline of 1.8Mb to 51.7Mb (last week storage down was by 3.4Mb) as refinery activity consumed more crude. The forecast had been for a decline of 3.4Mb on the week. However, coastal and offshore inventories continue to rise.

The most bearish part of the report was that overall product consumed fell during the Memorial holiday weekend by 892Kb/d to 15.1Mb/d, and down 4.33Mb/d or 22% from 19.4Mb/d consumed last year at this time. Finished motor gasoline did rise by 295Kb/d on the long weekend from the prior week to 7.55Mb/d, but is still down 20% from 9.44Mb/d last year. Jet fuel demand plunged by 476Kb/d from the prior week to 385Kb/d. However, it was 1.43Mb/d lower or 79% less than last year as travellers were reluctant to get on planes while there is no cure for Covid-19. Jet fuel demand may have the most difficulty in seeing a recovery until a vaccine is readily available and people feel safe flying again.

Baker Hughes Rig Data: Last week Friday the Baker Hughes rig survey showed a decline in the US rig count of 17 rigs (prior week down 21 rigs) to 301 rigs and down 69% from 984 rigs working a year ago. The Permian felt the largest basin loss with a rig loss of 14 rigs (last week down 13 rigs) or down by 67% from a year earlier level of 452 rigs. The US oil rig count fell by 15 rigs to 222 rigs (down 21 rigs last week) and down 73% from 800 rigs working last year. Canada had a decline of one rig and the count now is at 20 rigs working and down 76% from 85 rigs working a year ago. The rate of rig activity is now decelerating and we are getting close to the bottom for this key energy service sector.

OPEC Gamesmanship: OPEC this week is planning a virtual meeting with Russia to discuss (the OPEC+ group) extending the current level of cuts for another month or two. OPEC wants the 9.7Mb/d of reported cuts to last into the end of the year but Russia is game for only one or two months and wants to see storage inventory data before agreeing to any additional extensions. Russia’s Energy Ministry now sees the global surplus at 7-12Mb/d (Reuters report). It appears that the OPEC cuts of 9.7Mb are not being fully implemented with Iraq, Iran and Nigeria cheating as much as they can. Some estimates show the real May cut was just over 5.9Mb/d or production of 24.77Mb/d. OPEC talks a good talk but does not walk the walk with its actions.

Stock Market Bubble Burst Issues: The rally off the bottom of mid-March appears to be close to exhausting its upward movement for the major US exchanges. The recent strength has been led by the internet favourites as money chases fewer and fewer names (these are over 20% of the S&P 500 Index weight). Our key reasons for expecting another black swan to topple the general markets include:

1. Stock market valuations are at extreme valuation levels like just before the Dot-Com bust. They can rise until buyers just stop chasing them. Remember the cannabis stock craze that ended last year and has collapsed since then.
2. Earnings results for Q2/20 will be coming out next month and they and the guidance are likely to be ugly. Bankruptcies and solvency issues could be the black swan event as Enron was in 2001 and Lehman was in 2008.
3. The murder of George Floyd and the street protests are igniting a society “I can’t breathe.’ Major racial reform is needed but President Trump is tone deaf.
4. The coverage of Covid-19 is not front and centre anymore and the caseload and fatalities are likely to be rising as the massive street protests accelerate a new wave. When was the last time we had a White House update?
5. The China/US trade war and super power battle over the issues of the Wuhan virus are now escalating with airline travel restrictions by China resulting in the US suspending Chinese airlines from US airspace. China has also not been buying what it agreed to in the Phase One of the trade deal. This is likely to be a flash point as the US election cycle gets closer.
6. The US Treasury will be auctioning off over US$2T of debt to fund the unprecedented deficits, and will need real buyers as the Federal Reserve is focused on lending to help companies. This debt raise will remove liquidity from the economy, the reverse of what happened from mid-March to the end of May.

Conclusion: As we write this, WTI is at US$36.28/b for the July contract (down US$0.53/b on the day) due to the overall inventory build and demand drop. After a robust short covering rally of nearly 90% from the April low, the largest monthly gain on record, crude prices are likely peaking now. We see a decline below US$30/b as the line in the sand for crude oil bulls. We do not see supply and demand balancing until August so there will be a storage problem for the market to face in the coming weeks. As we see more builds in the coming weeks, like this week’s overall build, we see this crude price breach occurring and fear of a lack of storage returns. This breach should start the next phase of worry for energy bulls and shortly restart selling of energy and energy service stocks. We expect this to occur this month. During June/July we expect to see WTI being vitiated below US$20/b due to intermarket margin call pressure and for the S&P/TSX Energy decline below 76.50 (now 83.45) and breach 50. Much lower levels are expected over the coming months. The highest risk companies with the most downside are those with high debt loads, high operating costs, have current balance sheet debt maturities of some materiality over the next 12 months and those that produce heavier barrels. Hold cash and remain patient for the next low risk BUY window as we saw in mid-March. If over-invested take appropriate action.

Our June SER Interim Report will come out tomorrow. It includes the remaining 12 companies Q1/20 results for the companies we cover. We include our new SER Quality Scoring System for those that are: Successful, those that will Survive, and those that are Problematic (mainly debt levels and near term maturity problems). If you are interested in this report please go to our website to the subscriber page. Our final count of all the companies we cover shows three ‘A’s – Successful, thirteen ‘B’s – Survivors, and twelve as ‘C’s – or Problematic in this crazy and unexpected environment. Unfortunately there has been a lot of pain over the last few months for investors but there will be another bout of value destruction starting shortly. Energy stocks may return to the mid-March lows but other high profile market favourite areas will likely get the royal shaft.

Subscribe to the Schachter Energy Report and receive access to our Webinar from Thursday May 28th, our Action Alerts, our TOP PICK recommendations when the next BUY signal occurs as well as our Quality Scoring System review of the 28 companies that we cover.