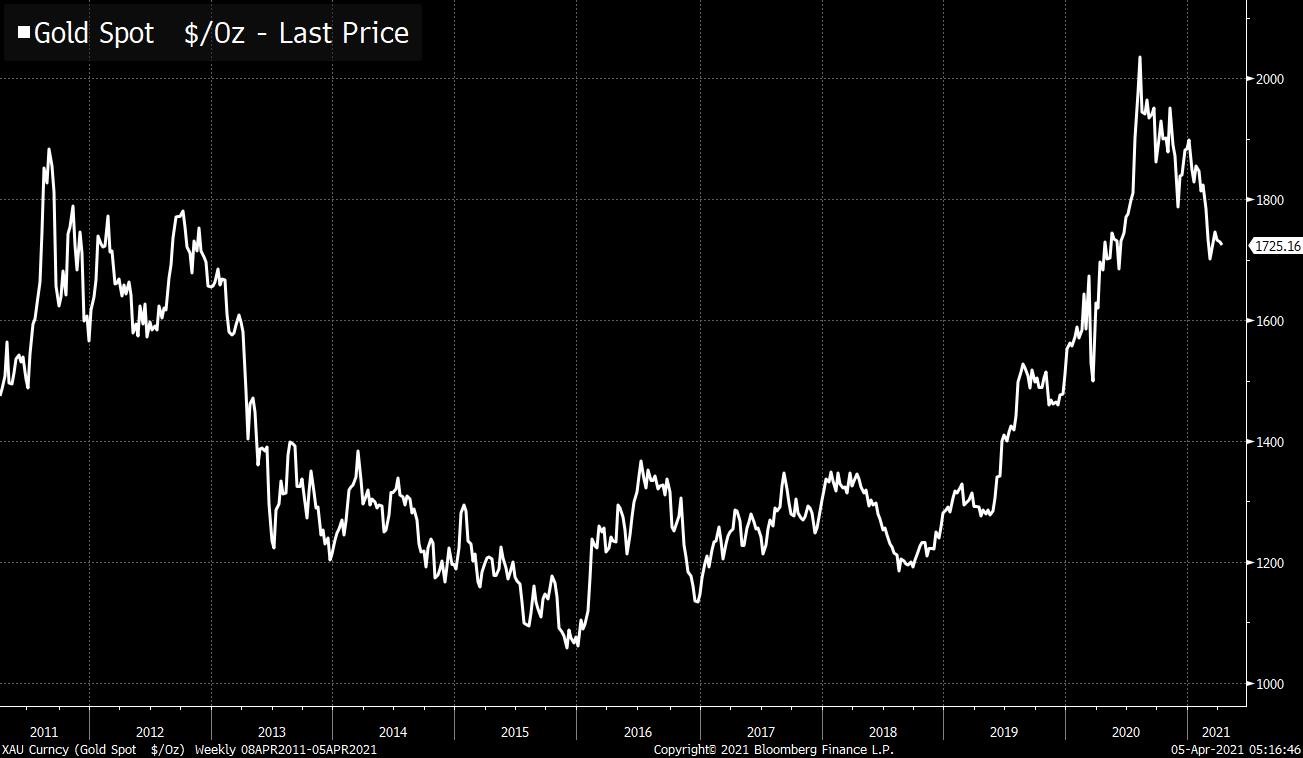 You know, the school of thought that’s always warning about dollar debasement and inflation as a result of money printing.

Here is a chart of gold over the last 10 years. It’s up about 10%. During this period we’ve run large deficits the entire time, and in fact over the last year, some of the biggest fiscal stimulus of all time. During this time the size of the Fed’s balance sheet rose to nearly $8 trillion from under $3 trillion. Not only has gold performed poorly, the dollar is still dominant.

Not only that, inflation has been mild, contra to what all the Goldbug Macro types would have predicted. Of course, they would probably come back and say that inflation is actually being mis-measured and that it’s way higher if only you look at it the right way. Or that it’s showing up in asset values or something like that. Even if you were to grant all that as true, gold hasn’t benefited, so their case hasn’t been helped much. As we saw in the wake of the Great Financial Crisis and over last summer, gold seems to do well during periods of stagnation plus aggressive Fed easing. But that’s about it. After two huge crises in just over a decade, plus fiscal and monetary stimulus the likes of which we haven’t seen before, we now have enough evidence to bury the economic fantasies of gold’s most ardent believers.