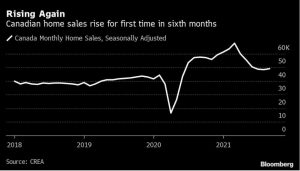 Shortages of natural gas in Europe and Asia are boosting demand for oil, deepening what was already a sizable supply deficit in crude markets, the International Energy Agency said.

Crude has surged above US$80 a barrel, the highest in three years, as traders anticipated that record gas prices would stimulate consumption of other fuels, particularly for power generation. That’s already happening and could add about 500,000 barrels a day to oil use on average over the coming six months, the IEA said on Thursday.

“An acute shortage of natural gas, LNG and coal supplies stemming from the gathering global economic recovery has sparked a precipitous run-up in prices for energy supplies and is triggering a massive switch to oil products,” the IEA said. “Provisional August data already indicates that there is some unseasonably high demand for fuel oil, crude and middle distillates for power plants across a number of countries, including China.”

The latest analysis from the agency, which advises industrialized countries on energy policy, shows how the acute shortage of natural gas is spilling over into other markets and the broader economy. The crisis is deepening the current oil-supply deficit, potentially disrupting OPEC’s careful plan to gradually revive idle production. It’s roiling energy-intensive industries and threatens to curb GDP growth and boost inflation…read more.

Fully vaccinated Canadian vacationers and day-trippers will be allowed to drive into the United States beginning in early November, the Biden administration said Tuesday, the first glimmer of hope in nearly 20 months for the families and businesses that depend on two-way traffic across the Canada-U.S. border.

Senior government officials delivered the news in a conference call with reporters on condition they hold their reports until early Wednesday – a plan that quickly went out the window when New York congressman Brian Higgins all but shouted the news from the rooftops.

“At long last, there is action by the United States to open the doors and welcome back our Canadian neighbours,” Higgins said in a statement.

“Border communities await further details from the administration with great expectation, and I will continue to advocate for a more fully and freely open border to both governments, sooner rather than later.”

Those details remained few and far between Tuesday, but the plan is designed to dovetail with the administration’s existing plan to allow international travellers from further afield to resume travelling to the U.S. on the same timeline, provided they’ve been fully vaccinated against COVID-19…read more.

A former nuclear engineer officer in the U.S. Navy and his wife have been arrested on espionage charges, after allegedly attempting to sell secrets about submarines to a foreign entity, according to court records unsealed Sunday.

The Department of Justice says Jonathan Toebbe and his wife, Diana Toebbe, were arrested Saturday and charged with violating the Atomic Energy Act. The department says Toebbe unwittingly communicated with FBI agents and passed along sensitive military secrets, in a scheme that stretched more than a year.

Toebbe held an active national security clearance through the Department of Defense, giving him access to restricted data, authorities said.

The 42-year-old former lieutenant in the Navy and his wife, 45, sold restricted information “concerning the design of nuclear powered warships” to someone they believed was a representative of an unnamed foreign power, according to federal law enforcement officials…read more.

Natural gas up 40% in a few hours. What scares me is that I see no indication that policymakers get the message. Do you?