Brace yourself. Major companies are getting ready to release their second quarter earnings

With futures flat for much of the overnight session, markets needed that extra oomph to start the week and push them above a key psychological level, and they got that after news that Pfizer and German biotech BioNTech SE were granted fast track designation by the FDA for two of the companies’ four vaccine candidates against the coronavirus. The news, which is purely procedural and was expected all along, was misinterpreted by the market as if the two companies have a promising virus vaccine, and sent Pfizer shares 2%, while BioNTech jumped 5%. More importantly, the news was enough to push Eminis up more than 21 point and above 3,200 which will surely help the market’s mood ahead of tomorrow’s official start of Q2 earnings which are expected to be the worst since the financial crisis.

Results from big banks will be in focus this week. The April-June reports will reveal the extent of the damage wreaked by the coronavirus-induced lockdowns on corporate profits. With a record jump in cases in the United States and some other hotspots around the world, analysts have predicted a return to S&P 500 earning s growth only by 2022.   Full Story

In the midst of COVID-19, this year has presented many moments for us to reflect upon our health, our work, our human connections, and life in general. Six months ago, it was unimaginable that a novel virus could cause modern civilization to nearly stop on a dime. We have been humbled by mother nature and the idea of what was permanent or certain in our lives has been tested. This experience certainly challenges us to take a few steps back and look at the bigger picture in terms of life and our priorities. But despite these challenging times, the world will adapt as we always have, and this too shall pass.

The COVID-19 pandemic has no doubt created unprecedented times and much uncertainty with respect to our health and the global economy. Countries and governments around the world are having to balance between public health and the economy. It is natural to feel some level of discomfort investing in the current environment given the amount of uncertainty we are facing. Indeed, we are in a global war against a novel virus that the world is not well equipped to fight. Many lives have been lost to COVID-19, millions have lost jobs, businesses are at risk of shuttering, the travel and entertainment industries have come to a halt, and our social lives have been put on pause. There is considerable uncertainty about the duration and severity of the pandemic, including hotspots such as Brazil and India, a resurgence in several U.S. states (Florida, Arizona, Texas, California, and Georgia), and a potential second wave in the fall. Under these circumstances, it is easy to focus on the negatives, extrapolate forward, and formulate a pessimistic case for the markets.

Despite the dire state of the global economy, the market is not the economy. They are related, but not the same. The economy reflects the current reality, whereas the market is a probabilistic, forward-looking mechanism that balances both negative and positive aspects of the future. To have a balanced viewpoint, we must also consider the positives going forward.

So, what could the market be seeing as the positives?

After experiencing the fastest bear market in history in the first quarter of 2020, financial markets, particularly in North America, produced the fastest recovery on record during the second quarter on the back of extraordinary stimulus and support from governments and global central banks (i.e. cutting interest rates and injecting trillions of stimulus money into the economies). The fact that the markets have been able to recover much of the decline in such a short period of time is telling us to keep an open mind for a better than expected future.

I’ve argued that we’re in a new depression. The depth of the new depression is clear. What is unclear to most observers are the nature and timing of the recovery.

The answer is that high unemployment will persist for years, the U.S. will not regain 2019 output levels until 2022 and growth going forward will be even worse than the weakest-ever growth of the 2009–2020 recovery.

This may not be the end of the world, yet it is far worse than the most downbeat forecasts. Some sixth-grade math is a good place to begin the analysis.

Show me that math…

Depression or Roaring 20’s. Everybody is wrong.

I’ve been pondering all the “analysis” out there on the current economic and investment landscape and can only shake my head. That’s SMH, for you youngsters. What I see are coexisting comments for a Depression and the Roaring ‘20s at the same time. Again, for you youngsters, I am making a convenient comparison to the economic boom time of the 1920s, yes, before even I was born. Everybody is wrong. 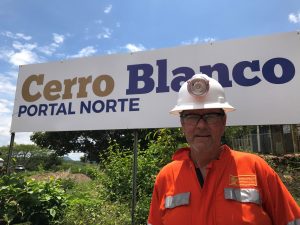 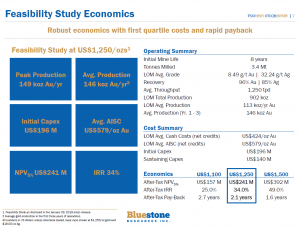 Credit card debt is soaring, but banks aren’t attracting anyone to new deals as COVID-19 proves to be less of a boon for creditors than they might have thought.  Weaker personal income growth and rapid job losses are pushing Americans into more debt, while banks are simultaneously tightening lending standards to reduce risk.

A survey by CreditCards found that nearly half of U.S. adults are carrying debt on their credit cards, up from a month ago, while 1 in 4 of those already in debt have piled on more.

The Federal Reserve Bank of New York reported that with a total of $14.3 trillion, U.S. household debt rose by $155 billion in the first quarter from the previous three-month period, or 1.1%.

Overall, the number of people with credit card debt has increased to 47% from 43% since early March…CLICK for complete article