Your Price Forecast for Next Year’s Best-Performing Energy Source 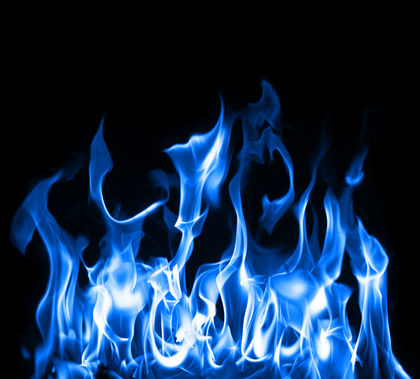 Despite a small decline yesterday, the U.S. Henry Hub natural gas benchmark rate is now up 36.7% for the month.

At close yesterday, the price was $3.61 per 1,000 cubic feet or million BTUs (British Thermal Units), the standard measurement in the U.S.

Traditionally, the price for natural gas in the U.S. has been heavily by the seasons, with the severity of winters generally being the main determinant of how high prices would go.

But that’s no longer the case…

With demand for natural gas coming from many new sources, the price is no longer tied to the weather – setting prices up to go higher.

Believe It or Not, People Used to Worry About a Lack of Gas

Almost a decade ago, prices jumped above $13 as the result of something else…

Back then, the concern was supply. There was not enough natural gas to meet expected demand, even without considering the newer end-uses for natural gas that we’ll talk about in a moment.

I remember siting in a 2005 meeting of market experts where everyone around the table agreed that at least 15% of natural gas consumed in the U.S. would have to be imported as liquefied natural gas (LNG) by 2020. At least 40% of the rest was expected to come from Canada via pipeline.

Well, along came shale and tight gas – and the picture was fundamentally changed. Today, significant reserves of this “unconventional” natural gas have fundamentally altered the domestic market mix.

This massive shift has led to two results. First, surplus supply inside the U.S. ballooned. Second, the price started coming down – and fast.

As the cost of drilling declined and the amount of extractable gas consistently exceeded estimates, serious discussion emerged about America becoming energy independent, a target likely to become reality even quicker when the prospects for a similar Canadian shale boom is taken into account.

But this rush into shale came with its own cost…

Natural Gas Drillers Became the Victims of Their Own Success

In addition to environmental concerns over the fracking necessary to bring the gas up, the sudden additions to the national surplus produced significant pressure on the sector itself. A rising number of operating companies were threatened by the sheer size of the changes underway.

A natural gas well, even one in a shale play, is much cheaper to drill than anything beyond a very shallow (2,000 foot) oil well. However, a shale well’s primary production comes in over the first 18 months, after which it quickly declines. So producers have a much bigger front loaded volume flow.

The combination of these two factors has run through smaller producers like a wild fire. Combined with the knock-on effect of a major move down in crude oil prices, a rising number of companies came under siege.

Producers needed to replace declining production rates with new wells that were justified as replacement but hardly by the market as such. The combined spike in surplus production just put additional downward pressure on the price of natural gas and further reduced the profitability at the well head (where companies get paid well below the final market price).

Now, companies will regularly hedge contracts forward to shield themselves from declining prices. But that approach only works if there are genuine prospects that prices will improve. Otherwise, the cost of hedging becomes untenable.

At the current price for natural gas, companies are once again getting access to money (through debt and issuing new stock) needed to subsidize forward operations. This used to be the norm, with most producers operating cash-poor – bringing in less from gas sales than current operations cost. The difference was covered by debt or selling new stock, with sale revenue used for acquisitions, dividends, or stock buy-backs.

Increasing field efficiency and new technology has further lowered costs. With natural gas trading north of $3.50, wells in basins such as the Marcellus are now profitable. But this is still a precarious balance…

My Natural Gas Price Forecast for 2017

All analysts understand that natural gas is in the early stages of major expansion in its usage.

The demand side is no longer dictated only by how cold winters get. While seasonal considerations are still important, we have discussed here in Oil and Energy Investor on several occasions that the future use of natural gas lies elsewhere.

The transition from coal to gas for electricity generation is already well underway. In addition, the export of LNG from the U.S. to higher-priced markets has begun, with the guarantee of adequate supply for the establishment of spot markets elsewhere likely to offset the higher cost of bringing U.S. LNG into competition.

Decisions to construct cracker plants outside Pittsburgh and on the Gulf Coast are the latest indicators of a rise in using natural gas value-added products to replace those made from oil in the production of petrochemicals.

Then there is the widening industrial use for gas and the transition from gasoline to LNG and compressed natural gas (CNG) for vehicle fuel – both in normal and hybrid engines. That exchange has been accelerating on the large-end truck side of the scale, along with metropolitan buses and taxis. The smaller car engine part of the spectrum will still take a bit longer.

As for the surplus, in the U.S. it currently stands at about 4 trillion cubic feet. While high, it’s been stable and is now only slightly above the five-year average. This should be enough to provide a floor supporting a slowly strengthening price.

On the other hand, all of this depends on operators being able to strike their own balance between immediate revenue needs and longer-term market trends. The supply is certainly there and the demand is increasing.

Yet an improving natural gas picture is now in the hands of the producing companies.

I estimate natural gas prices will test $4.50 before the current cycle flattens out. By that point, probably mid-2017, the demand for broader uses will determine the next price level.