Your Most Important Questions, Answered! 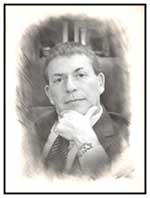 For this week’s column, I’m getting so many questions from readers, I decided it would be best to answer the most important ones. So let’s get started!

Q: Larry, you were right as rain about gold again this year. It crashed and came close to one of your targets at the end of November. Is the bottom in yet?

A: It could be, but it’s really too soon to say. By that I mean we have no proof of a bottom. Yes, gold has tested major support at the $1,048 level and it did so at the right time, cyclically speaking. So that’s good.

But, gold has not yet climbed enough above overhead resistance to issue a buy signal that would confirm the low. If it fails to do so, then gold could easily move lower into early January.

The specific support and resistance levels and buy and sell signals for gold are of course reserved for members of my services. But for now, generally speaking, keep an eye on the first initial level of major resistance at the $1,095 level and support at $1,036. A close above or below either one of those figures (nearest futures) will determine the next big move.

For silver, you want to watch $15.46 on the upside and $13.75 on the downside. Yes, that’s a big range, but in between those two figures for silver is effectively no-man’s land. Other than for short-term futures traders, there is nothing to do in silver at this time (same for gold).

Q: Why isn’t inflation a big problem now? I just don’t get it and there are still so many experts out there saying it’s coming.

A: As I’ve said all along, printing money by itself is not inflationary if the majority of investors and consumers don’t want to spend or borrow money. That’s been the case for years as consumers, investors and businesses — the private sector — all retrench …

Either by their own volition, or where it’s been forced upon them by governments via financial repression of higher taxes, confiscations, capital controls, and more. Which has been the case in many countries in Europe.

There are many more reasons, too many to discuss in a short column. Two biggies though are A) Global debt is now well over $200 trillion, so printing $5- or even $10- or $20 trillion is hardly going to make a dent …

And B) Banks are reluctant to lend. In fact, most of the money printed by the Fed has been reinvested by banks back with the Fed in what are called “excess reserves” … which are bank reserves that banks don’t need to keep on hand.

The European Central Bank (ECB), unlike the Federal Reserve in the U.S., is actually charging banks that place excess reserves back with the ECB in the form of negative interest rates. The theory there is that if the banks get charged for not lending, then penalize them and they will start lending.

But it’s not working, at all. That shows you just how intense the deflation is, and the money hoarding is.

Q: Where do your war cycles stand?

A: Precisely as forecast, they continue to ramp up big time. You can see it all over the world, in Syria, with ISIS, in Asia between China and Japan, in social unrest in Europe, in increasing terrorism and more.

The war cycles point up all the way into 2021, so fasten your seatbelts.

Q: You’ve been forecasting that the U.S. stock market will take a moonshot to as high as 31,000 — over the next few years. Is that forecast still on target?

A: Absolutely. There is no doubt in my mind we will see the Dow move to at least 31,000 and possibly much higher. And not despite turmoil in the world, but because of it. The Dow and other blue-chip type stocks can and often do act just like gold, as a safe haven for capital and as an inflation hedge.

But the Dow has not yet completely broken out to the upside. A sharp, swift correction is still way overdue. When that comes, I will be giving the signal to back up the truck for stocks. But not until then.

Q: You really nailed oil on the head Larry, predicting it would fall well below $40. Has oil bottomed now?

A: No, but I think a bottom is very close. My models show it coming the first week of January, so stay tuned. I should have some very important comments coming about oil, right after the holidays.

Q: Has the mining sector bottomed? You saved my entire life savings by getting me out of the way back in 2011. Thank you!

A: You’re most welcome. The carnage in the mining sector is one for the record books, losses of 90% on average for most publicly-traded mining companies.

The bottom is not in yet, but it could be right around the corner. So stay tuned!

That’s it for now, stay tuned — my models are showing that this month and next will be pivotal for almost all markets, leading to major trends unfolding and a slew of new profit opportunities.