Your job must be performed in person? That will not save you from online competition 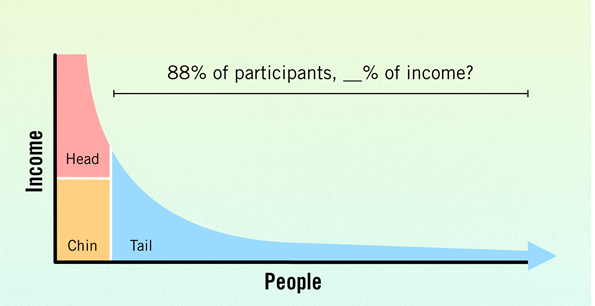 Studying the internet’s impact on music offers lessons for all other industries. As Will Page, the former chief economist at Spotify, points out, “Music was the first to suffer, and the first to recover, from the forces of deep technological disruption, making it something we can all learn from.”

Two years before Spotify was founded, Chris Anderson came up with a theory to explain how the internet is changing how people consume music and how that theory will ultimately apply to many other products and services.

Before the commercial internet, economic activity revolved around mass-marketing of mass-manufactured goods. It was much cheaper to produce and market large quantities of the same thing. Anderson predicted The internet would change this equation. Digital channels make it possible to send a unique message or show a personalized page for every individual consumer. And they make it possible to store and distribute an infinite number of digital goods (songs, videos) for almost no cost.

The fledgling online music industry offered a case in point. A typical offline music store could only stock around 40,000 songs, while an online service like Rhapsody offered about 500,000. To be profitable, offline stores sell large quantities of a relatively small number of “hit” albums. But online streaming services could sell small amounts of many different songs and still make money.

As Anderson put it:

“Forget squeezing millions from a few megahits at the top of the charts. The future of entertainment is in the millions of niche markets at the shallow end of the bitstream.”