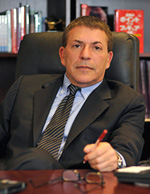 Despite the lackluster dog days of summer trading in the financial markets setting upon us — nearly every single market on the board is now setting up for a series of major tipping points.

I told my Real Wealth Report subscribers all about the biggest of them all in my latest issue — including my specific recommendations on how to protect their wealth.

In today’s column, I will tell you what I am seeing — plus I’ll give you a road map to help you see for yourself where the fireworks are likely to begin in each of the major markets.

But before I do, let’s take a look at the major underlying fundamental forces at work.

I’m not going to bore you with all the details, nor am I going to address the stuff of corporate earnings, balance sheets, economic stats, etc.

For in the end, such fundamental analysis tells you only about the past, never about the future.

Instead, what matters most is the mass psyche of the participants in the financial markets and the forces they are truly responding to, each market in its own way.

First and foremost is the ramping up of the war cycles that I have been warning you about since late 2012.

Just like the 1930s, the U.S. dollar is showing very resilient strength, due largely to frightened capital fleeing from other parts of the world, especially Europe.

Make no mistake about it: The cycles of war that I have studied — starting in my college years 40 years ago — are real.

They are based on scientific studies of both domestic and international war data extracted from the annals of Raymond Wheeler’s studies on war and subjected to rigorous fact-finding.

They are as concrete as the seasons of the year, and they tell you, in no uncertain terms, when society is likely to be most predisposed to conflict, both domestically and internationally.

The fact is that the war cycles are now ramping up all the way into the year 2020, and with an intensity that even I underestimated.

From Russia and Eastern Europe … to Nigeria … to Iraq and Syria … Jordan … Israel and Gaza.

To China, brazenly occupying the South China Sea, the Senkaku and Spratly Islands, hunting down oil and gas resources, ready to wage war if need be …

To Ferguson and Baltimore, merely the beginnings of civil unrest in our own country.

To Texas’ latest move to petition the Federal government to move the state’s $650 billion of gold back to Texas and into a new just-approved vault to be built — a sure-fire sign of the state’s growing desire to secede.

And many of the other secession movements occurring herein the U.S. and in Europe.

Not to mention Greece, which will have to default, no matter what, setting off a major crisis in the hair-brained single currency and economic union experiment of Europe’s inept leaders.

And if all that isn’t bad enough, the war cycles won’t stop there …

Second, are the draconian financial war measures that Western world leaders in Europe, Japan and the U.S. are implementing because of their country’s bankrupt socialist policies and balance sheets.

I’m talking about how leaders in Europe, Japan and the United States wage war against their own citizens.

How they hunt down the rich and raise a battle cry for class warfare … which later backfires by widening the gap between the rich and poor, often driving the rich out of town, along with their companies and jobs.

How they target the average citizen, by camouflaging hidden tax increases (such as Obamacare) and gimmicky retirement programs that merely lock up your capital for their benefit.

How they brazenly transfer wealth from you to government coffers, such as Europe has done in the Cyprus haircut, forcing bank depositors to pay when banks fail …

How they openly endorse the IMF’s recent 10 percent wealth surtax on every citizen, already in the works in Europe … and also actively considered behind closed doors in Washington.

How they are now moving, especially in Europe, toward capital controls and even toward a cashless society.

Then there’s all that spying going on, all that trampling of basic rights to liberty, privacy and other basic freedoms — all of which remain in place.

It’s all part and parcel of how bankrupt empires fade away into the sunset, and we will be no different.

The crisis is picking up steam each and every day, and according to my models, will not peak until at least 2020.

And all of it is already beginning to have an astounding impact on financial markets.

The dollar, for example, remains poised for substantial new highs. Why? Because trillions are still flooding into our markets, the last bastions of capitalism.

Ironically, the strong dollar though will eventually prove to be the kiss of death for our economy and our government’s finances. It will usher in even more deflation, more hoarding of wealth, and make our government’s debt burden all that more unsustainable. Also consider crude oil. Think its bear market is over? No, it isn’t. Instead, its recent bounce is nearly over and a new leg down will soon begin.

Why? For a fundamental explanation, it’s simple. First, the global economy is weakening. Second, OPEC members are ramping up their war against our newly built energy supplies by flooding the market with their oil, looking to put U.S. shale producers out of business.

Then there are the agricultural and soft commodities, still caught in a severe slump, with new, much deeper lows ahead still for wheat, corn, soybeans, for bean oil, for coffee, sugar, cocoa and more.

Then there are the precious metals, which have not yet bottomed. But when they do bottom — in the not-too-distant-future — will be the buys of a century …

Not because of inflation fears, but instead, because the Western world governments of Europe, Japan and the United States will soon begin to crumble right before our very eyes.

Right now, my best advice is to watch my weekly system support and resistance levels, which I outline for you below:

Mining shares: Headed still lower. Do NOT buy any at this time.

A close above 101.75 will see the dollar rocket higher, with my target becoming the 112 area.

Dow Industrials: The danger of a correction is still there. But, long-term, the U.S. equity markets are headed much higher.