Your Best Defense Against the Next Crash 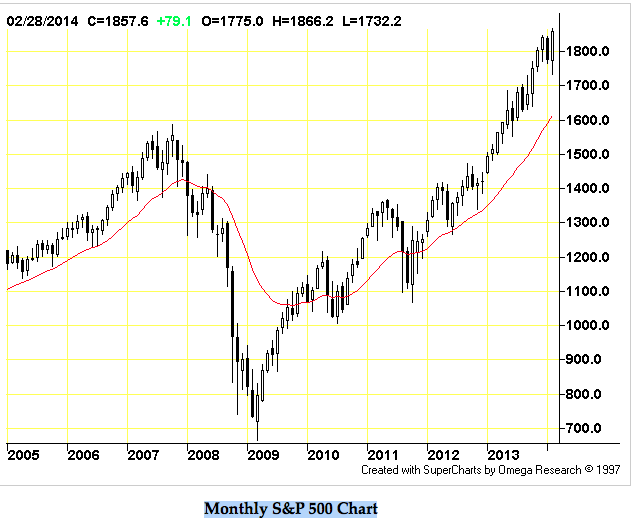 Concern about the vulnerability of US stocks right now.

Value investor and founder of the Baupost Group, Seth Klarman, has expressed similar concerns in his recent letter to shareholders. (If you’ve never heard of Klarman, that’s because he tends to shun the limelight. But the performance of the Baupost Group is legendary. It is one of the largest hedge funds in the world. And according to Bloomberg, it is ranked 4th in net gains since inception.)

Klarman has focused his attention on the big gap between recent US stock market gains and sluggish underlying corporate earnings:

No one can know what the future holds, but any year in which the S&P 500 jumps 32% and the NASDAQ Composite 40% while corporate earnings barely increase should be cause for concern, not further exuberance. It might not look like it now, but markets don‘t exist simply to enrich people.

And he’s warned that someday the current rally will mutate into big declines:

Someday, financial markets will again decline. Someday, rising stock and bond markets will no longer be government policy. Someday, QE will end and money won‘t be free. Someday, corporate failure will be permitted. Someday, the economy will turn down again, and someday, somewhere, somehow, investors will lose money and once again come to favor capital preservation over speculation. Someday, interest rates will be higher, bond prices lower, and the prospective return from owning fixed-income instruments will again be roughly commensurate with the risk.

The best protection against these inevitable declines is portfolio diversification.

Diversification is simple enough. The less that any single bad event of any kind can affect your portfolio, the more diversified you are.

That means investing in a range of asset classes – commodities, real estate, cash, tangible assets, etc. – outside of stocks. And also diversifying your stock market investments outside of the US.

This won’t make for exciting dinner-party conversation. But it will be your best defense in another market downdraft. Prepare now before it’s too late.