Yield-Hungry Baby Boomers Are on a Death March 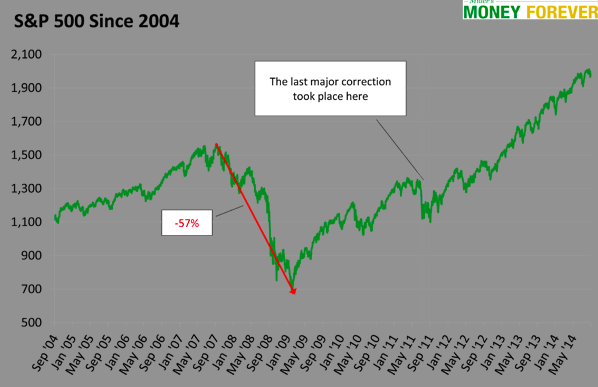 Today’s forecast: yield-starved investors forced into the market by seemingly permanent low interest rates will continue to be collateral damage. For some, that collateral damage may involve more than the loss of income opportunities… many could be wiped out completely.

I asked the participants in a discussion group: “If there were safe, fixed-income opportunities available paying 5-7%, would you move a major portion of your portfolio out of the market?”

They all answered a resounding, “Absolutely.”

Participants relying on their nest eggs for retirement income said they felt forced into the market for yield. Their retirement projections weren’t based on 2% yields, the rough rate now available on fixed-income investments. They’d planned on 6% or so. What other choice do they have now?

Central banks want people to take their money out of safe investments and put them into risky investments. They call it the “portfolio balance channel,” but you could call it “starve people for yield and they’ll buy anything.”

I have to agree with Mauldin and Tepper.

The collateral damage inflicted upon seniors and savers is twofold. First, it’s the loss of safe income opportunities. The Fed’s low-interest-rate policies have saved banks and the government an estimated $2 trillion in interest alone. $2 trillion added to the balances of 401(k) and IRA accounts would sure bolster a lot of desperate retirement plans.

But there’s no sign the Fed will reverse its low-interest-rate policies in the foreseeable future. So, yield-starved investors, including throngs of baby boomers maturing into retirement age each day, play the market and risk their nest eggs in the process.

The Federal Reserve has succeeded in forcing savers to take billions of dollars out of fixed-income investments to hunt for better yields. Take a look at the chart below showing the S&P 500’s performance since 2004. The Index has almost tripled since its 2009 bottom. There hasn’t been a major correction in well over 1,000 days. When the bubble burst in 2007, the S&P took a 57% drop. I had friends just entering retirement who suffered

40-50% losses. Their stories are not uncommon, and some are now back at work—and not by choice.

This is the second form of collateral damage, and it can be much more devastating. It’s one thing to lose an income opportunity and call it collateral damage, but quite another to lose 50% or more of your life savings. If the market drops radically, as it did less than a decade ago, the life savings of many baby boomers could be destroyed.

No one knows when the next correction will occur. However, many pundits believe a major correction is due. Others say we can continue on the same track, much like Japan has done for 25 years.

Here’s what we do know: the Fed has made it clear that it plans to hold interest rates down for quite some time.

When you invest money earmarked for retirement, you risk trying to time the market. Even seasoned investors would be foolhardy to think they’ll have enough time to easily exit their positions and lock in gains. It never works that way.

Now is the time for caution. Whether you’re a do-it-yourself investor or work with an investment professional, it’s a good time for a complete portfolio analysis with an eye on this question:

What happens to my portfolio if the market completely collapses?

Be wary of any advisor touting the “buy and hold” philosophy. They’d point to the chart above and note that the market went from 700 to 1,900+ in five years. If investors are patient, it will come back after the next drop. Unfortunately, seniors don’t have time to sit around and wait.

No one can guarantee the market will rebound as quickly as it did in the last decade. It’s not the “buy” in “buy and hold” that concerns me. There are excellent companies out there that pay healthy dividends and will rebound relatively quickly. Depending on your age and financial condition, it’s the indefinite holding that could be a problem.

If you’re not comfortable holding an investment for a decade or more, consider using a stop loss. After all, would you rather suffer a major loss and hope against hope that the market rebounds fast, or be proactive and keep your nest egg intact?

The best way to avoid becoming collateral damage is to take safety precautions before the next big, bad event takes place.

The article Yield-Hungry Baby Boomers Are on a Death March was originally published at millersmoney.com.