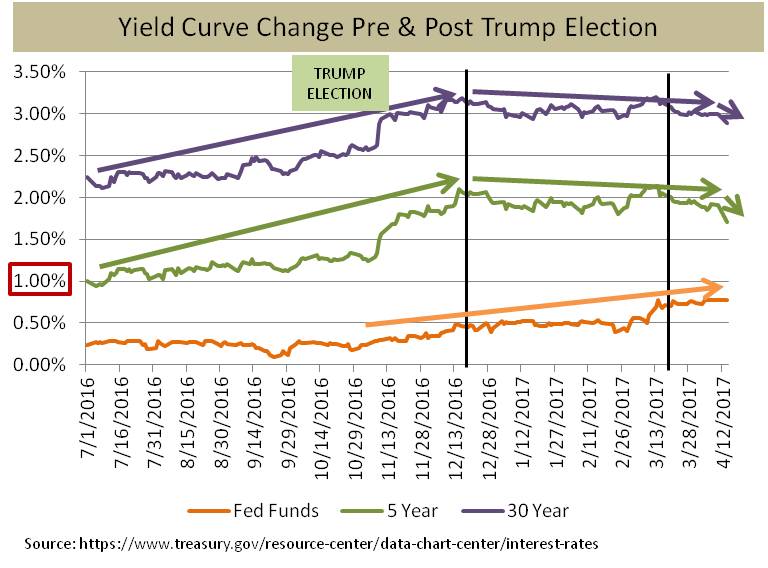 Trump’s election is a potential game changer for the Keynesian fiscal policy status quo in Washington.

Interest rates spiked higher across the board in late 2016 in anticipation of potential major fiscal policy changes.

Since early March 2017, however, the yield curve has flattened, sometimes an indicator of a looming recession.

In 1949, under similar monetary and fiscal policy market dynamics, the US economy experienced a recession and US stocks fell over 20% in a 12-month time frame.

This article compares and contrasts the current financial market to that faced by Harry Truman in 1949 when the Fed was also raising rates off the zero lower bound.