How important is housing to the American economy?

If a 2011 SMU paper entitled “Housing’s Contribution to Gross Domestic Product (GDP) quot; is right, nothing moves the economic needle like housing. It accounts for 17% to 18% of GDP.

And don’t forget that home buyers fill their homes with all manner of stuff—and that homeowners have more skin in insurance on what’s likely to be their family’s most important asset.

All claims to the contrary, the disappointing first-quarter housing numbers expose the Federal Reserve as impotent at influencing GDP’s most important component.

No wonder every modern Fed chairman has lowered rates to try to crank up housing activity, rationalizing that low rates make mortgage payments more affordable. Back when he was chair, Ben Bernanke wrote in the Washington Post, “Easier financial conditions will promote economic growth. For example, lower mortgage rates will make housing more affordable and allow more homeowners to refinance.”

In her first public speech, new Fed Chair Janet Yellen said one of the benefits to keeping interest rates low is to “make homes more affordable and revive the housing market.”

As quick as they are to lower rates and increase prices, Fed chairs are notoriously slow at spotting their own bubble creation. In 2002, Alan Greenspan viewed the comparison of rising home prices to a stock market bubble as “imperfect.” The Maestro concluded, “Even if a bubble were to develop in a local market, it would not necessarily have implications for the nation as a whole.”

Three years later—in 2005—Ben Bernanke was asked about housing prices being out of control. “Well, I guess I don’t buy your premise,” he said. “It’s a pretty unlikely possibility. We’ve never had a decline in home prices on a nationwide basis.”

With never a bubble in sight, the Fed constantly supports housing while analysts and economists count on the housing stimulus trick to work.

“There’s more expansion ahead for the housing market in 2014, with starts and new-home sales continuing to rise at double-digit rates, thanks to tight inventory,” writes Gillian B. White for Kiplinger. The “Timely, Trusted Personal Finance Advice and Business Forecast(er)” says GDP will bounce back.

We’ll see about that last one.

Greatest Housing Subsidy of All Time Running Out of Gas

With the central bank flooding the markets with liquidity, holding short rates low, and buying long-term debt, mortgage rates have been consistently below 5% since the start of 2009. For all of 2012, the 30-year fixed mortgage rate stayed below 4%. In the post-gold-standard era (after 1971), rates have never been this low for this long.

However, while low rates have propped up prices, sales of existing homes have fallen in seven of the last eight months. In March re-sales were down 7.5% from a year earlier. That’s the fifth month in a row in which sales fell below the year-earlier level.

David Stockman writes, “March sales volume remained the slowest since July 2012.” He listed 13 major metro areas whose sales declined from a year ago, led by San Jose, down 18%. The three worst performers and 6 of the bottom 11 were California cities. Las Vegas and Phoenix were also in the bottom 10, with sales down double-digits from a year ago.

This after housing guru Ivy Zelman told CNBC in February, “California is back to where it was in nirvana.” Considering the entire nation, she said, “I think nirvana is not far around the corner… I think that I have to tell you, I’m probably the most bullish I’ve ever been fundamentally, and I’m dating myself, been around for over 20 years, so I’ve seen a lot of ups and downs.”

Housing is contributing less to overall growth than during both the days of 20% mortgage rates in the 1980s and the S&L crisis of the early 1990s.

In Phoenix, where home prices have bounced back and Wall Street money has vacuumed up thousands of distressed properties, the market has gone flat.

In Belfiore Real Estates’ April market report, Jim Belfiore wrote, “The bad news for home builders is they have created a glut of supply in previously hot market areas… Potential buyers, as might be expected, feel no sense of urgency to buy because they believe this glut is going to exist indefinitely.”

Nick Timiraos points out in the Wall Street Journal that with a 4.5% mortgage rate and prices 20% below their peak, “… homes are still more affordable than in most periods between 1990 and 2008.” So why is demand for new homes so tepid? And why have refinancings fallen 58% year-over-year in the first quarter?

“Housing’s rocky recovery could signal weakness more broadly in the economy,” writes Timiraos, “reflecting the lingering damage from the bust that has left millions of households unable to participate in any housing recovery. Many still have properties worth less than the amount borrowers owe on their mortgages, while others have high levels of debt, low levels of savings, and patchy incomes.”

More specifically, “So far we have experienced 7 million foreclosures,” David Stockman, former director of the Office of Management and Budget, writes. “Beyond that there are still nine million homeowners seriously underwater on their mortgages, and there are millions more who are stranded in place because they don’t have enough positive equity to cover transactions costs and more stringent down payment requirements.”

Young people don’t seem to view owning a home as the American dream, as was the case a generation ago. Plus, who has room to take on more debt when 7 in 10 students graduate college with an average $30k in student loan debt?

There’s not much good news for housing these days. For a little while, the Fed’s suppression of interest rates juiced housing enough to distract Americans from weak job creation and stagnant real wages. Don’t have a job? No problem! Just borrow against the appreciation of your house to feed your family.

But Yellen’s interest rate wand looks to be out of magic. The government had a pipe dream of white picket fences for everyone. But Americans can’t refinance their way to wealth. Especially in the Greater Depression.

The article Yellen’s Wand Is Running Low on Magic was originally published atcaseyresearch.com. 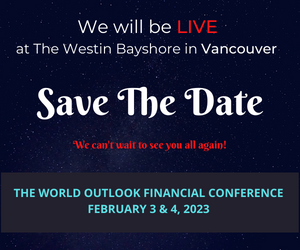