YELLEN TO CRUSH THE MIDDLE CLASS 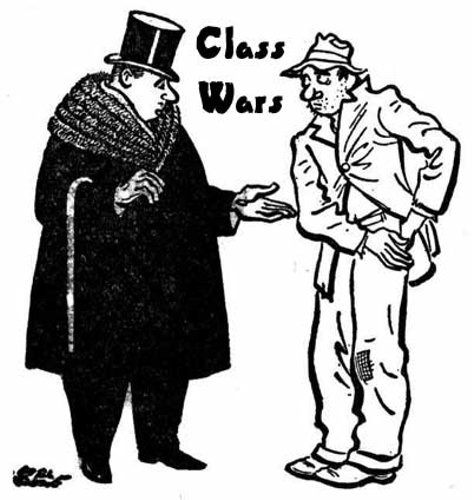 It must be a byproduct of the government-controlled education system; people still think they live in a free country with a representative democracy. It’s anything but.

Voting, elections, etc. are all just illusions to make people think that they have some influence in society.

A tiny elite orchestrates the whole system. And one of the most influential conductors is the Federal Reserve, a body soon to be chaired by Janet Yellen. Her confirmation process begins today.

Since most people have no idea how central banking really works, her confirmation hearing today is just a footnote.

Even people who are otherwise financially sophisticated simply trust that the men behind the curtain know what they’re doing.

This is quite strange when you consider that central bankers have nearly total control over the economy.

In their sole discretion, they are able to set interest rates, conjure money out of thin air, finance trillion-dollar government deficits, bail out commercial banks, etc.

And through these tools, they have the power to manipulate the prices of just about anything, from the Google stock to real estate in Thailand to turnips in Sri Lanka.

For the last several years, the US central bank has set the example for the rest of the world in aggressively using their policy tools.

Most significantly, they have unabashedly printed money in unprecedented quantities. And this has not been without consequence.

For some, the effects have been beneficial.

Rapid expansion of the money supply has pushed asset prices up all over the world. Stocks. Bonds. Many commodities. US Farmland. Artwork. Fine wines. Just about every asset class imaginable is near its all-time high.

People who are already wealthy have the available funds to invest in these markets. So their wealth has grown even more– exponentially.

The middle class, on the other hand, is experiencing an entirely different effect of money printing– retail price inflation.

And anyone who has been to a gas station, airport, university, doctor’s office, grocery store, etc. over the last few years understands this phenomenon very well.

And whatever wages or savings they have are being eaten away by inflation. So while the wealthy are getting wealthier exponentially, the middle class is actually getting poorer.

This explains why the wealth gap in the Land of the Free is the largest since 1929 at the start of the Great Depression.

Central bankers are responsible for much of this. In conjuring money out of thin air, they are benefitting one segment of society at the expense of another.

And with Janet Yellen soon chairing the Fed, very little will change.

Yellen has made it clear that she will continue to print unlimited quantities of money despite overwhelming data that such actions are ineffective and destructive for the the majority of the population.

Kyle Reese from the first Terminator movie sums up the consequences for the middle class rather succinctly:

I’m an international investor, entrepreneur, permanent traveler, free man. Thisfree daily e-letter is about using the experiences from my life and travels to help you achieve more freedom.

Over the last few years I’ve traveled to over 100 countries, met with a President and several diplomats, briefed sovereign fund managers, flown an aerobatic stunt plane, started several companies, hitchhiked in Bogota, taken a train across the orient, lectured on entrepreneurship in Eastern Europe, and personally provided venture capital to new start-ups.

I’m a student of the world, and I believe that travel is the greatest teacher. My knowledge is practical, and hopefully of significant use to you. Off the top of my head I could quote you the price of beachfront property in Croatia, where to bank in Dubai, the best place to store gold in Singapore, which cities in Mexico are the safest, which hospitals in Asia are the most cost effective, and how to find condo foreclosure listings in Panama.

I believe that in order to achieve true freedom, you have to be able to make money, control your time, and eliminate the mindset that you are subject to a corrupt government that is bent on degrading your personal liberty.