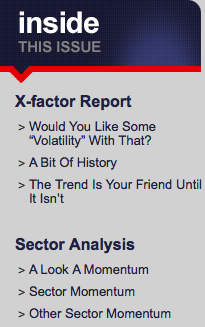 I forgot to warn you before I left for spring break that markets tend to decline when I am out of town. However, since my return, the markets have jerked their way back in a recovery with each rally day followed by a sell-off.

The lower part of the chart shows a simplistic short-term overbought/oversold indicator. As you can see the markets were oversold following the previous week’s sell-off, but that condition has now worked off.  Importantly, the markets have now become overbought again WITHOUT the markets making new highs. While it is too early to call as of yet, these are classic signs of a market that is in a topping process.

However, despite the choppy action over the last few months, investor complacency has once again returned towards historical lows. Of course, the “lack of fear,” from a contrarian standpoint, is “something to fear” in and of itself.

While price action has been substantially more volatile as of late, the number of investors “fearing” a market correction has evaporated once again.