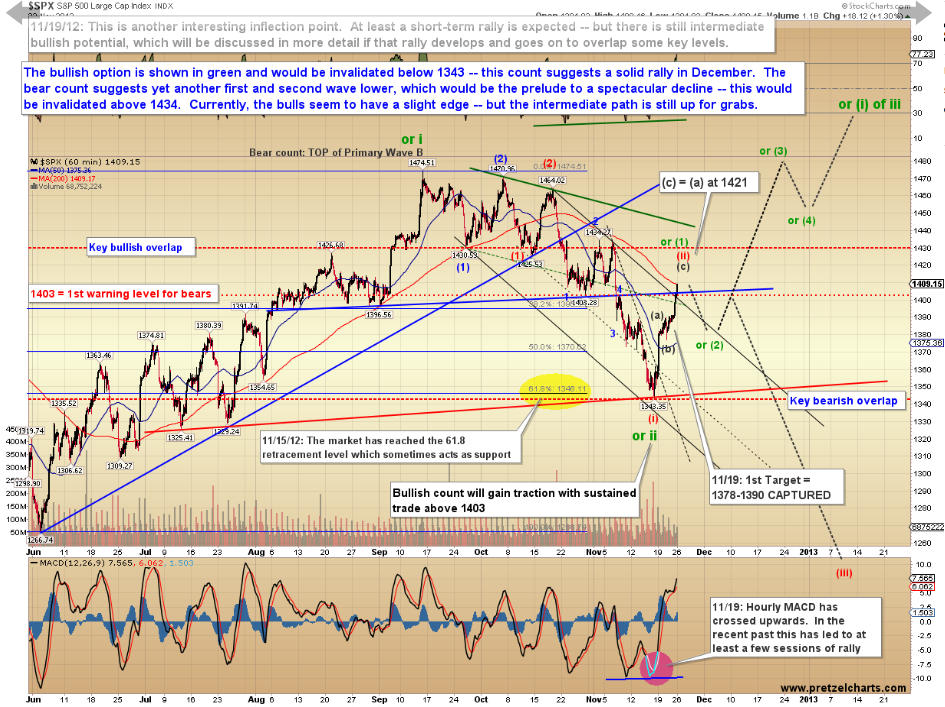 Humans hate uncertainty.  We want guarantees, we want warranties, and we want insurance policies.  We want to know the future, and we want promises (preferably in writing) which assure us of that future.  And yet, what else is life but a constant, ever-shifting drama of uncertainty?  The irony behind our desire for certainty and security is that the very tension of uncertainty is the same psychological force that so often drives our greatest gains in personal, and societal, growth.

Our extreme discomfort with uncertainty pushes us to invent, to learn, to grow, and to try and expand our understandings.  It pushes us to become better people; to become more than we are today.

Global uncertainty can make the stock market seem like it should be an unpopular place — and yet, always bumping against that global psychology and in opposition to it, there is personal uncertainty that makes the market appealing.  Why do people invest in stocks?  There simply is no other reason to invest,except the quest for financial security and expansion — which is really just the quest to leave uncertainty behind.

Of course, we can no more eliminate uncertainty than we can become physically immortal; uncertainty is an intrinsic part of life (and of the universe itself, even down to the quantum level).  Despite the obviousness of that fact, the majority of us spend our lives fearing (and often running from) the uncertainty of the unknown, in a perpetual state of low-grade anxiety.  Thoreau described this perfectly when he said: “Most men lead lives of quiet desperation.”

I believe understanding this psychology is a key to understanding the market.  So often, people look at the seemingly ever-deteriorating world and say, “How can anyone buy stocks right now, with so much global uncertainty?”  The problem is, this view only accounts for half the total psychology of uncertainty.

The traditional market wisdom says people buy and sell based on fear and greed.  That’s true on a simplistic level — but I believe that if one looks a bit deeper, one finds that both fear and greed (in this case) stem from the exact same psychological source: the quest to overcome uncertainty and gain more security (even for people who don’t seem to “need” more security — we’re rarely satisfied at a plateau, and more security for some can equate to additional wealth/power).  So we’re fearful when we’re running from it, and we’re greedy when we’re chasing it — but it all ultimately traces back to the same base desire.

This is why even when the world looks bleak and “everyone” is fearful, people are still buying stocks: At that moment, their desire to gain personal certainty/security is greater than their fear of global uncertainty.

This is one reason I think it’s a mistake to look myopically at global uncertainty when deciding whether to buy or sell for the long-term.  The fact is, there’s always something going wrong with the world.  And if that’s all there was to consider in the psychology, then we’d do nothing but sell stocks short.  Don’t forget to consider the other side of that equation.

…..to view the Market Update, 4 Charts & the Conclusion go HERE