Will She or Won’t She and the Big Myth … 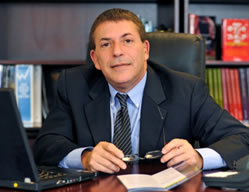 Tomorrow afternoon the entire world will know whether or not Janet Yellen will raise the official Fed Reserve Federal Funds interest rate for the first time since June 29, 2006 — a very long nine years ago.

And the first time it’s made any kind of move on rates since it lowered its discount rate in February 2010.

I personally think Yellen should hold off. The U.S. economy is not strong enough, foreign economies, especially Europe, are in shambles, and the dollar is already soaring.

Be that as it may, today I want to clarify something I believe is very important: The myth of higher interest rates. That rising interest rates are bad for the stock market, and that declining rates are good for stocks. Put simply, stocks and interest rates went down together! Exactly the opposite of what most would expect.

But that is almost entirely wrong. Most strong bull markets in precious metals have occurred with rising interest rates, not declining rates.

There are numerous examples, the most vivid of which was the late 1970’s bull market in gold and silver which occurred simultaneously to a massive rise in interest rates. Once rates peaked, so did gold and silver.

Now, to a few other items on my list for today. No matter what the Fed decides tomorrow:

First, the long-term trends for precious metals remain down. Neither gold, silver, platinum nor palladium has bottomed. That said, don’t be surprised if you see a short-term rally.

Second, the long-term picture for the U.S. equity markets remains exceptionally bullish. That is, once the pullback that is still very much in progress is completed, probably in mid-October at much lower levels.

Third, the bull market in the U.S. dollar — and conversely, bear markets in most other currencies — remains intact.

Fourth, deflation in the commodity sector is not yet over. With the mere exception of natural gas, for every commodity I look at, my system models point still lower.

Fifth, is global unrest. Per my war models, global unrest is about to accelerate higher, yet again. Driven by the refugee crisis in Europe, by ISIS, by currency devaluations outside the U.S., by rising taxes and an increased hoarding of cash (dollar bullish by default).

Sixth, is the great sovereign-debt crisis that is about to explode onto the scene. The evidence is overwhelming now. From Trump’s popularity, in the sense that he’s an outsider vilifying career politicians, to Bernie Sanders proposing $18 trillion in new spending (where’s the money to come from?) …

To the refugee crisis, which will break the European Union’s back … to our own debt ceiling which will hit Oct. 1 …

To the patently unpayable debts and IOUs of Europe, Japan and the U.S.

So beware, the waters are going to get rough ahead, increasingly rough. But they’ll also be loaded with many opportunities.