Will Investors Get Fed Clarity Today? 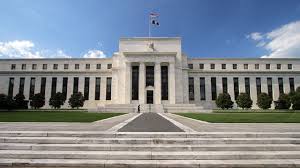 Wednesday August 17: Five things the markets are talking about

Today is FOMC minute’s reporting day. Will investors get the granularity on the timing of US rate normalization they so much crave? Market odds are leaning towards a resounding ‘no.’

Already this week, investors have been served up some mixed messages from voting and non-voting members. Net result, the market remains skeptical that the central bank would increase rates before the end of 2016. As questionable US data of late (inflation and retail sales) provides a strong argument preventing a rate increase at the Fed’s meetings in September or December.

On Monday, Fed President Williams (San Francisco) suggested that the central bank should be considering new tools to deal with a stubbornly slow economic growth, including raising its inflation target. Yesterday, New York Fed President Dudley counter argued that the US economy should pick up in H2 and that the November presidential election should not factor into the Fed’s decision to raise interest rates. In translation, gradual rate rises are warranted.

This push/pull from Fed members certainly makes it more difficult to trade in these already “thinly” traded holiday sessions. Expect this afternoon’s minutes release at 02:00pm EDT to not make it any easier for capital markets.

1. Crude and commodities look to the Fed for direction