Why This “Correction” Could Get Worse 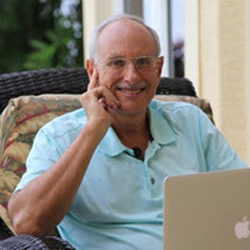 Most people don’t think about profiting directly from a market decline.

They don’t understand the concept. They don’t know how.

That’s a shame. Because, to help get you through uncertain times, one of the key things you’ll need is money. And to make money, just running for the hills doesn’t work. Your best defense is to go on the offense.

There are also some people who miss this opportunity because they think there’s something cynical or sinister about making good money in bad times.

But the fact is, the more you and others can build wealth … keep it safe … and later reinvest it in worthy enterprises, the better it will be for everyone.

Back in the 1930s, only a very small handful of investors understood this. Only a tiny minority turned the tables on Wall Street and actually transformed the big, three-year market decline into a profit opportunity. Bernard Baruch, an adviser to several American presidents, was one of them.

My father, J. Irving Weiss, who later advised Baruch, was another. Initially, the two men didn’t know each other. Yet their approach to the market was remarkably similar.

In our many conversations Dad and I had over the years, here’s how he described his experiences:

“I had gone to work on Wall Street as a typist at the age of 16. I knew very little about the stock market then. But I found it so exciting that I went back in 1929 as a customer’s man (stock broker).

“I traded some stocks for myself and a few clients. When the crash hit, I was as surprised as everyone else by the utter fury of the decline. But my portfolio was clean. Neither I nor any of my clients had one share of stock.

“My good fortune was due to a combination of my family’s poverty and my healthy dose of skepticism. Everywhere, I saw commodities falling. Yet, all around me, investors were going wild over stocks.

“If people bought stocks with their own money, it might have been okay. But they were doing it on margin, with broker loans. These loans, which were normally around a half a billion or a billion dollars, surged to a total of $8 billion in 1929. That was huge in those days. The entire economy was only a bit over $100 billion.

“Overseas, most economies were sinking. Why should Wall Street be any different? I couldn’t understand the discrepancy. I wasn’t about to risk my family’s meager savings on something as uncertain as a surging stock market.

“Then I learned that you can actually profit from a falling market. Instead of buying low and then selling high, you just reverse the transaction. You borrow the stock and sell it. Then, you wait for it to go down and buy it back at lower prices. The more it falls, the bigger your profits. This fascinated me. I wanted to learn more.

“I also studied the trading strategies of other great traders –men like Jesse Livermore, who built up a fortune trading the market, and Bernard Baruch, who was also making money in the market’s decline.

“Baruch was a quintessential contrarian. He recommended watching the crowd and then doing exactly the opposite. If good news about the stock market shows up on the front page of the paper, sell. That was my approach as well.

“I learned everything I could about selling short. So when the market rallied from November 1929 into early 1930, I was ready.

“With this rally, almost everyone on Wall Street thought we were in a ‘new bull market.’ But I was skeptical. The volume just wasn’t there. Deflation was spreading from commodities to other assets.

“The European markets had not recovered very much, and England was especially weak. When I saw nearly everyone turning bullish again, I just shook my head. I shorted every stock I could lay my hands on that had anything to do with England.

“President Hoover tried to rally businessmen and failed to do so. Still, no one on Wall Street was paying much attention to the sinking business picture. They said the ’29 crash had been a ‘temporary lapse.’

“To me, $500 was a lot of money. I grew up in a poor and tough immigrant neighborhood on the Upper East Side of Manhattan. I’d worked two jobs to help support my parents and family ever since I was a teenager. But I was confident because of my indicators.

“The main indicator I watched was the Federal Reserve’s figures on the broker loans of the large New York banks that issued their data weekly. I noticed that, instead of broker loans going up, as they normally would in a recovery, they were going down. This tipped me off that the banks were liquidating stocks.

“I figured the banks represented the smart money in those days, so I followed them. They didn’t have any faith in stocks, so neither did I. As long as they sold, I sold. When they stopped selling, I stopped selling. The other brokers and analysts at the office laughed at me. They thought I was crazy to sell stocks short. But that only made me more confident.

“My other benchmark was foreign currencies, especially the British pound. Britain was still the financial capital of the world. So when the pound fell, it had a direct impact. My brother and I charted the pound daily, and as soon as it broke a key low, we sold short more stocks that were closely tied to the pound’s fate.

“By the time the crash was nearing bottom, I had transformed my mother’s $500 into six figures. She was overjoyed, and so was I.

“But not every trade was a success. Each time the market surged, I lost money, and whenever my losses began to mount, I sweated bullets. With short selling, there’s no limit to how much money you can lose. And when you use margin and borrowed money, like I did, the losses can pile up just as fast as the profits.

“That’s one reason why an even better opportunity is buying the bottom. At the end of the big bear market, we bought GM, AT&T, GE, and Sears for pennies on the dollar.

“The tape barely moved. No more than 350,000 to 400,000 shares of stock were traded that day. That’s less volume than what typically trades in just one large transaction in modern times. Some people thought it was the eye before the next storm. We didn’t. We just kept right on buying.

“The broker looked at us as if we were from another world. ‘How come you guys are buying?’ he asked. ‘You’re the only ones!’

“We didn’t tell him. It was none of his business. By the time the day was out, we had bought thousands of shares of stock for ourselves and for our clients at bargain basement prices. As a matter of fact, they were just about the lowest they had fallen in the entire century.”

Back to the Present

Let me summarize some of the lessons to be learned from my father’s experience:

Lesson #1. There’s a lot of money to be made in falling markets.

Lesson #2. The best time to start doing so is typically (a) after a big drop that breaks the back of the bull market and (b) when you get sharp market rallies, possibly triggered by desperate government efforts to turn the tide.

Lesson #3. Traditional short-selling is too risky for most investors.
Fortunately, however, you can profit from a market decline without selling stocks short and without risking a penny more than you invest.

You can simply buy exchange-traded funds that are specifically designed to profit from falling markets — inverse ETFs.

In fact, with these special-purpose ETFs, you could have the opportunity to earn as much money in a bear market as you’d make in a bull market.

You don’t need a special brokerage account. You can buy them like any stock or other kind of ETF. Your goal is simply to buy low and sell high.

Lesson #4. From an early age, we are taught that “up” is good and “down” is bad. So most people don’t like declines. But that kind of bias has no place in investing strategies. Especially in today’s topsy-turvy world, serious investors should learn how to invest in both up and down markets.

Avoid that trap. Even if Wall Street experts or your own friends deride your approach, don’t let that stop you from making rational, prudent decisions.

Lesson #6. You don’t have to be a seasoned expert to make money in the market. In fact, sometimes, those who are new to the world of investing can see the big picture more clearly than veterans who have been cocooned on Wall Street.

You see that the country is not going down the right path. You see foreign markets sinking. In your heart and mind, all that simply does not jibe with the image of a nonstop bull market.

You feel that major corrections, or worse, are still very possible — even needed to restore reason and a sober recognition of reality.

Lesson #7. Whenever a supposedly “powerful” central bank or government agency — in Washington, London, Brussels, Tokyo or Beijing — makes a new announcement to prop up their stock markets or rescue their economy, you can typically expect bursts of optimism in their stock markets.

Lesson #8. An excellent indicator that many people ignore is foreign currencies. Back in the 1930s, my father tracked the British pound because it represented the world’s dominant economic empire. When it fell, it signaled continuing trouble for the entire world.

The reason: As we’ve told you repeatedly, the U.S. market has greatly benefited — and may continue to benefit — from a global flight to quality.

We call it the Global Money Tsunami. And as long as that money continues rushing into U.S. markets, it can boost U.S. share prices.

But when it’s diverted to markets like Japan, considered a competing safe haven, it can have the opposite effect — at least temporarily.

Lesson #9. Do not expect profits all the time. In any kind of investing — in rising or falling markets — losses can and do happen. So be sure to keep plenty of cash in reserve.

Lesson #10. Whether it turns out to be just a correction or a lot more, the more durable profit opportunity comes after the market’s decline.

That’s when you can reinvest the profits you make on inverse ETFS — or just use the cash you’ve stashed away — to pick up the highest quality investments at the lowest prices.