Why the Fed MUST Keep the Credit Bubble Inflating… 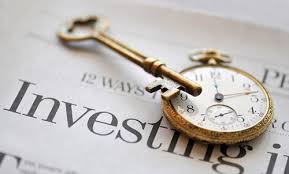 One of the most disagreeable traits in a man is modesty.

He hesitates to commit himself.

“Don’t you know anything?” his annoyed wife asks over dinner. Young investors can be confident. Old ones rarely are. Instead, they remember all the decisions that went wrong… and all the certainties that turned out to be uncertain.

For every dollar they made because they were sure a stock would rise… they remember the dollar they lost when it didn’t go up at all. And they can never forget the “friend” who offered them a “very special opportunity.”

A young investor finishes off every sentence with an emphatic period. An old one uses so many question marks, he wears the surface off the “?” on his keyboard.

And so… in the spirit of irritating humility… we question our own outlook….

What’s really going on, we wonder?

But first, a quick look at the markets.

As expected, trading was light yesterday.

U.S. stocks weren’t doing much. Analysts and investors weren’t much on the ball. Commentators and newscasters were mostly away from their desks.

Even the flow of reader feedback is slow.

So, back to our question marks…

We try to spend this quiet time between Christmas and New Year’s Day thinking more deeply, so let’s begin with an uncomfortable thought: Maybe we’re wrong.

Yes, but about what?

The money created post-1971 has a serious flaw: Unlike the gold-backed money that existed before then, this new money lacks natural limits.

The banks that control it can create almost as much as they want. The only constraints are imposed by banking regulators and the central bank – the Fed.

Bankers, being human, are prone to error… especially when it puts money in their own pockets.

They make profits by lending money out of thin air. The new system, as it evolved, allowed them to lend more than ever… including trillions of dollars that no one earned. And no one saved.

That’s why they no longer give out toaster ovens to people who open new accounts. They don’t care so much about depositors.

What they want are borrowers… and the entire industry has put its shoulder to the task of inventing ways to lend fictitious money to people who can’t pay it back.

About 45 times more debt today than when the new money system began.

…the “financialization” of the U.S. economy.

…the rise of the “Deep State.”

…the fast development of China and $10 trillion of U.S. trade deficits. The run-up of the Dow from under 1,000 in 1982 to over 17,000 today. The loss of U.S. manufacturing… the decline of the middle class… and the enrichment of Wall Street.

All these things are consequences of a credit boom, made possible by the post-1971 “paper”-dollar monetary system.

But our hypothesis is that, to continue living in the style to which we’ve become accustomed, this credit bubble has to expand further.

The economy that we now take for granted is one that depends on it. Credit has allowed people to spend more than they earn – year after year.

Median household earnings – when adjusted for inflation – are down so far this century. The typical man is less likely to have a full-time job than ever before in history.

Without more credit, the whole system shrivels up like a desiccated slug. But here’s the rub: Debt cannot grow forever.

The problem was discussed long ago by Austrian School economists. They maintained that a boom driven by “credit in excess of real savings” was phony… that it was merely taking resources from the future… and that eventually there would be an equal and opposite bust.

Loans must be repaid. When they are, the money that came into existence when it was borrowed goes back whence it came. The boom turns into a bust.

We’re waiting for the bust. We saw it coming in 2007, as debt levels in the housing sector reached a peak.

And we anticipated the Fed’s reaction to it – more EZ credit.

Student debt, auto debt, energy debt, corporate debt, stock buybacks, mergers and acquisitions – the economy staggers under the weight of it all.

And now, we’re still waiting, modestly wondering how much more the system can take.

Investors spent most of 2015 preparing for “lift-off” on interest rates.

This month, the Fed finally raised short-term rates by a quarter of a percentage point to 0.5%.

But as today’s chart shows, the yield on the 10-year Treasury note is almost exactly where it was at the start of the year – at just over 2%. The approximately 2% yield on the T-Note represents the interest the federal government pays for borrowing money over 10 years.

It’s also a key benchmark for other important lending rates, such as mortgage rates.

So much for the end of ultra-easy money…

Further Reading: As Bill’s research shows, the system is already saddled with nearly $60 trillion of debt. So if we get “the equal and opposite bust” the Austrians warned about, it’ll be the greatest economic collapse in history.

In his latest investor presentation, Bill examines how we got to this dangerous point, what’s going to happen next, and how you can protect yourself – and even prosper – during the inevitable financial meltdown. Watch here now.