Why Lithium Prices Could Soon Return To Record Highs 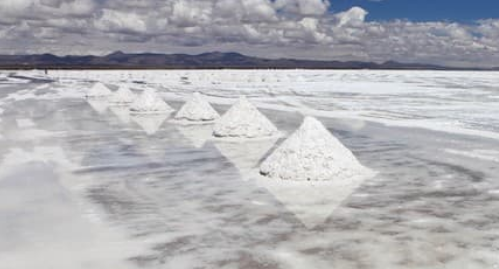 Lithium producers are adding new production capacity to meet booming demand for the critical metal as the world pushes for greener energy. Suppliers of the key mineral have turned quite optimistic this year that global demand for lithium will soar in the coming decades with the increased uptake of electric vehicles (EVs) and battery storage.

Surging demand is set to drive lithium prices higher, lithium producers say in an outlook on the industry that turned decisively bullish this year.

One of the largest lithium suppliers in the world, China’s Ganfeng Lithium, is not ruling out the possibility that lithium prices could recover from the two-year decline and reach the record-highs seen in 2018.

Lithium prices have already surged this year from the lows of 2019-2020. But suppliers believe prices have a lot more room to rise as the push for green energy is overwhelming government agendas worldwide.

“The industry is rapidly growing and we have a very upbeat forecast on lithium consumption,” Ganfeng Lithium’s vice chairman Wang Xiaoshen told Bloomberg in an interview last week.

“I can’t rule out the possibility for lithium prices to bounce back to the 2018 level,” the executive added.

Ganfeng Lithium said earlier this year that it “is optimistic about the long-term development of the global lithium market,” and announced it would expand its production capacity.

“China’s Ganfeng Lithium has announced considerable plans to extend its reach in the lithium supply chain throughout the first half of 2021, remaining one of the most active players in targeting large commitments to build out its production capabilities,” Benchmark Mineral Intelligence said in a report last week.

The company’s vice chairman, however, is not ruling out another dip in lithium prices either, in the interview with Bloomberg. This could happen, he says, if the uptake of EV sales slows down or if major lithium producers bring much more supply faster than expected.

For now, though, it seems that analysts concur that lithium has a bright future, especially considering the net-zero emission commitments from dozens of industrialized nations and blocs, including the United States and the European Union.

Lithium demand for batteries for EVs and battery energy storage is set to jump until 2050—the net-zero watershed moment for most countries.