Why I’m not worried about China and Asia 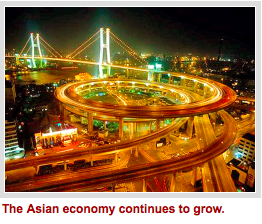 If you only read the headlines, it’s easy to believe a trade war could be looming with China and Asia.

In fact, if you believe the rhetoric, you’d take a second look before investing a dime of your hard-earned money in anything related to the region.

But it’s just rhetoric – and misleading rhetoric to boot. Here’s what is really happening …

The Trans-Pacific Partnership (TPP) was set to be the largest regional trade accord in history.

The TPP would have set new terms for trade and business investment among the United States and 11 other Pacific Rim nations: A wide-ranging group with an annual gross domestic product of nearly $28 trillion, representing roughly 40 percent of global GDP and one-third of world trade.

President Trump didn’t like the deal and thinks a more U.S. friendly deal can be made. So his administration is pushing for bilateral trade agreements between these each of these nations in the future.

In other words, getting rid of TPP wasn’t the end of trade negotiations, it was the beginning. There’s going to be a ton of deals coming down the pike.

And a lot of trade talk in China and Asia is going to go that way: Rhetoric and Trump posturing to begin with, deal making in the end.

Then, there’s tax reform and the possibility of President Trump’s administration implementing a border-adjustment tax.

If passed, it could cause companies to pay 20% more for imports than for domestic goods. Meanwhile exporters would pay no income tax on revenue from goods they sell to foreign customers.

At face value, a tax move like this could have China and Asian companies shaking in their boots. But there is still a lot to negotiate surrounding a border-adjustment tax, and too much is still up in the air. There will be winners and some losers, but it’s just too early to tell.

And finally, the political tension in the region – specifically surrounding the South China Sea – could be a hot bed of conflict in the years to come.

China continues to occupy the South China Sea region, and it’s acting very aggressive toward the region’s huge oil and gas reserves, not to mention its strategic shipping lanes.

This is definitely something to keep an eye on – as my war cycles are ramping higher – war in the region is always a possibility.

I’m not downplaying these factors – including trade, tax, and potential conflicts – but I’m not one bit worried about the long-term prospects for China and the rest of Asia.

The fact is the economies of China and the rest of Asia, particularly Southeast Asia are doing just fine. The major underlying factors – including an expanding population, rising incomes and dynamic monetary policy – are more bullish than ever.

And that’s going to keep the Chinese and Asian growth story alive. Consider …

To cope with the challenges of a growing population, infrastructure spending in the region is ramping up once again. About $5.3 trillion is expected to be invested into Asian infrastructure between 2015 and 2025.

In countries like Thailand, the Philippines, Indonesia, and Malaysia, plans for massive infrastructure projects are going to ramp up modernization efforts, improving everything from roads to telecommunication networks. In fact, in the Philippines, $160 billion is projected to be spent on building infrastructure over the next six years.

President Trump won’t implement trade policies that adversely impact the U.S economy. And a massive trade war would do just that – big time.

Asia is still the rising star in the global economy and it’s going to stay that way for years to come.

That’s exactly why I am looking to gain more exposure in the region. But I still don’t recommend going all in – not just yet.

It’s tricky: You have to know when to get in and when to get out. And that’s just the kind of advice I give the members of my services, Real Wealth Report and Supercyle Trader.