Why I Don’t Invest in Stocks 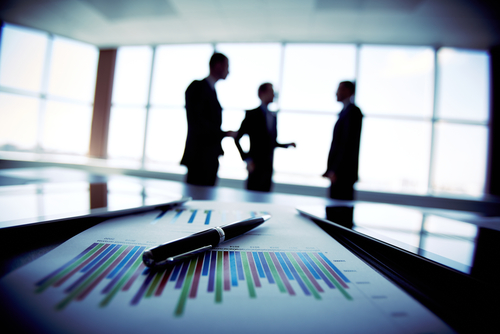 (and where I do park my investment capital)

Earlier this week, Start-Up Chile announced the next round of new businesses who have been accepted to the program.

If you’re not familiar with it,  Start-Up Chile is a government program that provides $40,000 in equity-free seed capital (plus a residency visa) to entrepreneurs and their startup companies who make the cut.

Now… in my worldview, this program shouldn’t even exist. This is a government program funded by Chilean taxpayers, and I don’t agree with the idea of government stealing people’s income for any reason.

Unfortunately we don’t get to live in a world where politicians cannot plunder the wealth of citizens.

But the compromise is that we get to vote with our feet and live where we want; we can choose to thrive in a place where taxation is relatively low… and where the politicians fund startups with taxpayer money rather than drones that drop bombs on children by remote control.

Chile is one of those places. It’s far from perfect, but the fundamentals are solid. The government balance sheet is strong– Chile has ZERO net debt. Yet the level of taxation here is among the lowest in the developed world.

So far Start-Up Chile has been a great success for the country.

I know many of the alumni who have come through the program, both foreign and local; several still operate their businesses here and have become successful, creating additional wealth and jobs in the local economy.

This latest round will bring in startups from 28 countries in industries as diverse as agriculture, travel, medical care, advertising, and cryptocurrencies. (Some of my students from our summer entrepreneurship camps have been accepted as well…)

I follow this closely, mostly because I’m an avid investor in startup companies.

With global markets trading at nose-bleed valuations, and almost every possible objective metric suggesting that a crash is coming, a conventional approach to investing seems crazy.

Besides, it’s clear that fundamentals no longer matter. Central bankers are spraying so much money into the system that the only thing driving stocks and bonds is the expectation of further printing. Central bankers have completely hijacked the markets.

I’m simply not willing to take Ben Bernanke on as my silent partner. This is why I invest in real assets– primarily, high quality agricultural properties and private operating businesses.

(Note- I didn’t say precious metals because gold and silver are a form of money to me, not an investment or speculation).

Given the long-term supply, demand, and policy fundamentals of agriculture, I think this sector is exactly the right place to be for the next decade. And owning physical, productive land is as close to the source as it gets.

Private businesses also make a lot of sense, allowing you to invest on the cutting edge of emerging trends and technologies, as opposed to big behemoth corporate bureaucracies. And while the risk potential is greater, so are the potential rewards.

I think any of us would have rather invested in Apple when it was just a startup in the Jobs family garage rather than the slow-moving bureaucracy it is today.

But just like great agriculture properties, such deals and talent are hard to find; this is one of the reasons I hold my entrepreneurship camps each summer, why my team and I travel the world looking at global opportunities, and why we follow programs like Startup Chile so closely.

We’re launching a new service after the holidays for investors who agree with this premise, but need help sourcing and navigating quality deals. More to follow on that in a future letter.