Why governments can’t just print the money they need 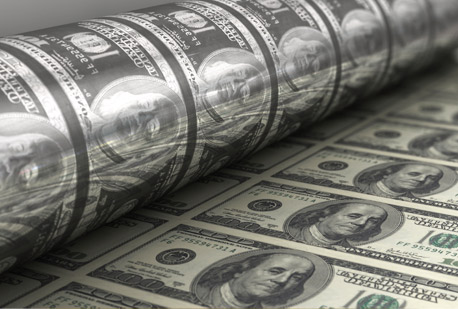 Due to the nature of modern money, it would technically be possible to adjust the way the monetary system works such that governments directly print all the money they need. If this change were made then there would be no requirement for the government to ever again borrow money or collect taxes. This would have an obvious benefit, because it would result in the dismantling of the massive government apparatus that has evolved to not only collect taxes but to monitor almost all financial transactions in an effort to ensure that tax collection is maximised. In other words, it would potentially result in greater freedom without the need to cut back on the ‘nanny-state services’ that so many people have come to rely on. So, why isn’t such a change under serious consideration?

Think of it this way: If the government were to announce that in the future there would be no taxation and that it would simply print all the money it needed, there might initially be a great celebration; however, it probably wouldn’t take long for the average person to wonder why he/she should work hard to earn something that the government can create in unlimited amounts at no cost. People would become increasingly eager to exchange money for tangible items, causing prices to rise. The faster that prices rose due to the general decline in the desire to hold money, the faster the government would have to print new money to pay its expenses. With no taxation and no government borrowing, there would be no way for the government to stop an inflationary spiral once it was set in motion.

One of the best historical examples of how taxation creates demand for money is the use of “tally sticks” in England from the 1100s through to the 1600s. In this case, essentially worthless pieces of wood were converted into valuable money by the fact that these pieces of wood could be used to pay taxes. Moreover, once taxation had created demand for the sticks, the government was able to fund itself by issuing additional sticks. A summary of the tally stick story can be read  HERE.

Money can currently be created out of nothing by commercial banks and central banks, but hardly anyone understands the process. Also, many economists and so-called experts on monetary matters who understand how commercial banks create money are either clueless about the mechanics of central-bank quantitative easing (they wrongly believe that QE adds to bank reserves but doesn’t add to the economy-wide supply of money) or labouring under the false belief that money and debt are the same. The ones who wrongly conflate money and debt tend to wrongly perceive QE as a non-inflationary swap of one “cash-like” asset for another.

The point is that under the current system there is great confusion, even in the minds of people who should know better, regarding how the monetary system works. The combination of taxation and the general lack of knowledge about how money comes into existence helps support the demand for money.

Simplify the process by having the government directly print all the money it needs and the demand for money would collapse. That, in essence, is why taxation must continue.

Regular financial market forecasts and analyses are provided at our web site:
http://www.speculative-investor.com/new/index.html.

We aren’t offering a free trial subscription at this time, but free samples of our work (excerpts from our regular commentaries) can be viewed at: http://tsi-blog.com