Why Are Germans Stockpiling Food and Cash? 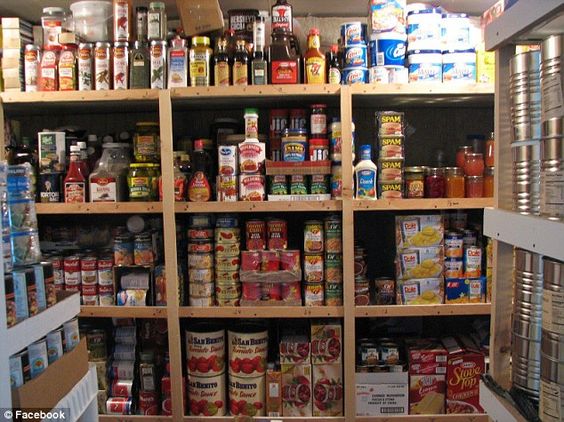 In the financial world…

The U.S. stock market continues to dillydally, with no clear destination.

These are the “dog days” of summer: hot… slow… with little happening. But there are evil portents… and fevers to come.

In Italy, an earthquake has killed 10 people…

Here in France, the gendarmes in Nice have forced a woman on the beach to remove her “burkini.”

Wearing it, she was obeying Muslim law. But the city of Nice… along with 14 other local authorities… requires her to obey their secular law. One law says she must cover up; the other says she must uncover.

And the German government is now advising its citizens to prepare for “emergencies.”

As reported in German newspaper the Frankfurter Allgemeine Zeitung, for the first time since the Cold War, Germans are being urged to stock food, medical supplies and, significantly, cash.

And Deutsche Welle, Germany’s equivalent of the BBC, elaborated:

A wad of cash is another important part of any household’s emergency supplies. There may not be time to rush to a bank, and ATMs won’t work if the power is out.

It’s part of a “civil defense” plan being debated in the German cabinet. The plan says people should prepare for an unspecified event that “could threaten our existence.”

Here at the Diary, we always hope for the best. But it’s not a bad idea to take precautions against the worst.

Note that a mystery hacker group known as the Shadow Brokers, breached the NSA’s elite hacking unit and stole some of the agency’s most powerful “cyber weapons.”

The hacker group is now holding a Bitcoin auction for them. Whoever is the highest bidder will receive a file with the crypto-booty.

If mercenary hackers can break into one of the most secure systems in the world, couldn’t they also breach the electronic money system and wipe out all bank account records?

Our advice: Follow the Germans’ lead. Stock some food and some cash.

Meanwhile, with Elizabeth still laid up after her horse-riding accident, we are growing accustomed to household work.

On Monday, we learned how to cook a mushroom omelet.

Yesterday, we figured out how to operate the washing machine and how to give a sponge bath to an immobile patient.

Later, we hung up the clothes on the line to dry.

Yes, we are learning useful things – things we’d rather not learn at all.

The first thing we learned is how much time it takes to look after an invalid.

Yesterday, the local doctor came to visit. Dr. Resnier is a colorful man who looks a little like Otto von Bismarck, with a bushy moustache and a belly that hangs over his belt. He drove up in a Jaguar, an unusually expensive car for these parts.

We explained what had happened. He examined the patient. He called the emergency service for a discussion with the doctors there.

“There’s no wonder she’s in such pain and is fainting. Her back is broken.”

“No, it’s not a serious break… and not the kind of break that will cause permanent damage. Just little splinters. They are not really dangerous, but very painful.”

He prescribed more painkillers… charged €33 ($37) for the home visit… and was on his way.

Friends have been helpful, too. Word is getting around that Elizabeth is bedridden. Knowing that she now relies on her husband for everything, they must feel sorry for her.

One neighbor came with hot soup. Another left an entire meal on the table. Our part-time gardener collected some tomatoes and cucumbers from the garden, sliced them up, and sprinkled them with onions.

It was a shock seeing him in the kitchen. He is a rough man, only half-shaven, with hands as hard as nails, and a cigarette permanently dangling from the side of his mouth.

“Damien… I didn’t know you were a chef.”

“Well, when you’re single, you have to know how to cook. Otherwise, you’ll starve.”