Who Is Investing In Education Technology? – Part 2 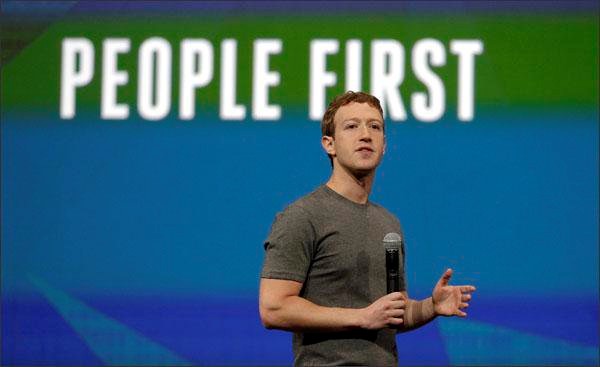 It’s hard to think of an area of human endeavor or interaction that technology has not made more agile or efficient. From Uber to Netflix to Airbnb, each disruption has shown us that no industry is off-limits and that things shouldn’t be taken for granted just because “that’s the way it’s always been done”.

The result, arguably, has been a healthier marketplace with more choice and better products for customers. In education, the rapid growth of EdTech has shown that we’re now experiencing a similar convergence of dynamics that spells out a huge technology-driven paradigm shift.

Prominent EdTech investor Tory Patterson said in the Wall Street Journal that start-ups in this field have a huge chance to unseat incumbents due to the introduction of broadband Internet, mobile and social technology in schools. After shaking up the English language learning textbook publishing market in China, we’re now looking to change the way English language learning is taught in educational instiutions and corporations in Latin America.

Stories about the future of education and EdTech are often crafted by those investing in those very futures. These stories are repeated and amplified by those same people and help to shape the industry as we know it.

So it should come as no surprise that we at Lingo Media see EdTech as the way of the future and a disruptive force that will revolutionize the English language learning industry. That said, there are a number of leaders both in the world of politics and business that are very interested in this space:

The Obama administration recently renewed its calls for further investment in EdTech. In the administration’s new Strategy for American Innovation, published in October 2015, the President singled out EdTech as one of the critical areas that will be key for ensuring “that the United States remains an innovation superpower.” Most notably, the paper spotlights the “modest impact” technology has had so far on student outcomes compared with the “transformative” impact technology has had in most other aspects of Americans’ lives. Whereas in other sectors, R&D expenditures are as high as 20% of revenues, in education that figure is less than 0.2%, the paper asserted. Part of that has to do with the nature of the education market with “with more than 13,500 school districts, lengthy adoption cycles and modest per-pupil expenditures on software.” And that “limits the willingness of companies to invest in R&D and rigorous evaluation for educational software and next generation learning environments.”

The Gates Foundation has spent billions and billions of dollars driving various education initiatives. In October 2015, Bill Gates gave what Education Week observed was “his first major speech on education in seven years,” and indicated his foundation would “double down” on teacher preparation and common academic standards.

After the birth of his daughter this past fall, Mark Zuckerberg and his wife Priscilla Chan wrote her a letter (and posted it on Facebook) discussing how they will donate the majority of their Facebook wealth to charity. Among the projects that the new Zuckerberg Chan Initiative will fund include “personalized learning”. Zuckerberg’s interest in such a thing is no doubt connected to investments that he’s already made – in the private school AltSchool, for example. And in September, Facebook announced that it had been working on building software for the Summit charter school chain.

Marc Boxser, Global Director for Strategic Initiatives at GEMS, points out that the recently announced sustainable development goals illustrate how many global education challenges still remain unmet. “Around 250 million children of primary school age cannot read or write, and at current rates of progress, it will take until 2072 to eradicate youth illiteracy”. The growth of EdTech, he explains, is the key to solving this problem. No matter the application, technology provides the greatest opportunity to make major gains in education outcomes.

So it’s no wonder that EdTech has gone from being somewhat unappreciated to a real contender for being the center of attention when it comes to technology growth and investment.

2015 was actually a record-setting year for EdTech investment if you look at the total dollar figures. Investment analyst firm CB Insights noted, “the period from 2010 to 2014 saw more than a 503% growth in investment dollars.”

Here’s a list of the 20 biggest financing deals of 2015 according to Hack Education:

There were plenty of predictions last year that all this investment would result in exits – that is, IPOs, mergers, and acquisitions – that would “defy historical trends.” The education sector is “hot” for these sorts of deals and the strong investor interest in the sector is predicted to continue.

The big one: LinkedIn’s acquisition of Lynda.com for $1.5 billion.

Investors, big and small, recognize the opportunities for growth in the EdTech space. It’s really more a matter of when, not if, digital disruption will firmly entrench itself in classrooms.

Please visit us on our website at www.lingomedia.com to learn even more about investing in EdTech. Lingo Media is Changing the Way the World Learns English. Don’t be left behind with this opportunity and be sure to stay tuned to the third and last installment of this mini-series – How EdTech Companies Have Performed?