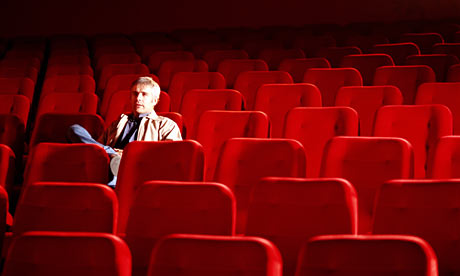 The New York Times dredges up the open secret that no one is in the stock market anymore.  Nathaniel Popper plaintively lays out the statistics and then consults a handful of sources to understand what’s going on…

Trading in the United States stock market has not only failed to recover since the 2008 financial crisis, it has continued to fall. In April, the average daily trades in American stocks on all exchanges stood at nearly half of its peak in 2008: 6.5 billion compared with 12.1 billion, according to Credit Suisse Trading Strategy.

The decline stands in marked contrast to past economic recoveries, when Americans regained their taste for stock trading within two years of economic shocks in 1987 and 2001.

Allow me to be of assistance as to why there’s no recovery in stock trading like there was after past recessions and crashes:

They sold us out.  The NYSE and Nasdaq decided to go for-profit under the auspices of raising the money necessary to compete with foreign exchanges and other upstart trading pools.  They needed to revamp the machinery of trading and modernize their systems.  Apparently, this meant opening the back door to a host of ghouls and goblins who pay extra for the right to co-locate their servers and see the orders of the public in a speed that is somehow faster than real-time.  This has enabled them to pick the pockets of mom and pop on every single transaction they make.  And they do this under the guise of the dubious “liquidity” their activities are adding to the market.  These thieves are the number one revenue source for the NYSE, after the snack bar, the gift shop and whatever concession they can command from the television studios that have set themselves up on the premises to capture all the inaction of the floor and its dwindling trader population.  Why the exchanges couldn’t just be a public institution serving the well-being of the country I’ll never understand.  They are now set up as a pimp, selling us and our orders to the most salacious and active johns they can find.  This is how a high frequency trading robot based in Kansas, far from regulatory scrutiny, can drive a million “normal investors” away each month.