When Will Gold and Gold Stocks Correct? 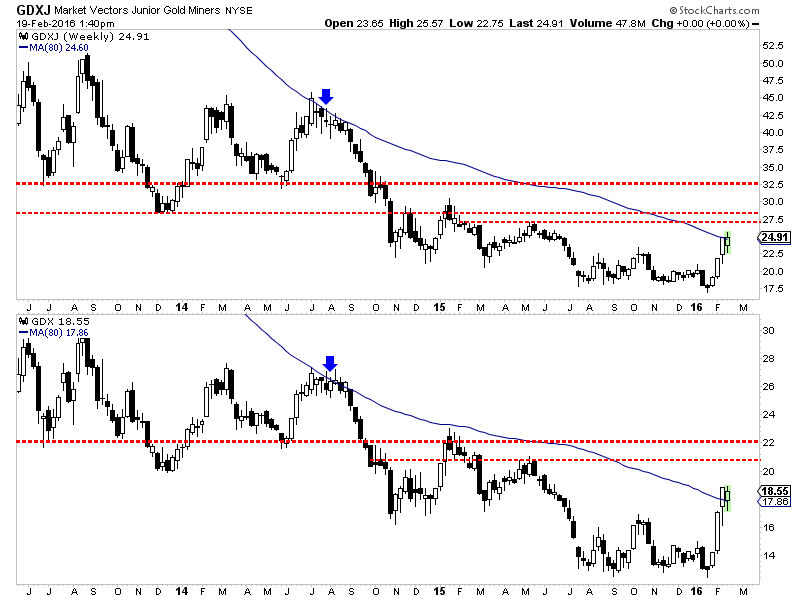 Wednesday evening we raised a question in a subscriber update. We wrote: The current question for Gold and gold stocks is if they will push to higher targets before or a correction or if a correction has already started. We should know the answer in the next day or two. The gold stocks exploded higher on Thursday. GDX gained 6% while GDXJ surged 7.4%. Meanwhile, Gold solidified its support at $1200/oz. Markets that become overbought within strong trends can become extremely overbought before they correct. Recent price action in the precious metals complex argues that the path of least resistance in the short term continues to be higher. The monthly chart of Gold continues to give the most clarity on its prognosis. We have written about the importance of Gold holding support at $1180-$1200/oz, which it did this week. A monthly close above that support adds greater confirmation to a change in the primary trend. Gold has near-term upside potential to $1285/oz which marks monthly resistance and contains the 40-month moving average. Note that weekly resistance is at $1294. In addition, there should be very strong monthly resistance at $1330. The odds favor Gold and gold stocks continuing to move higher before a correction begins. Both GDX and GDXJ could gain more than 10% before reaching stronger resistance while Gold has upside potential to $1285-$1294/oz. The counter-trend moves within very strong trends occur quickly. Gold declined from $1264/oz to $1192/oz in less than three days while the miners (GDX and GDXJ) have corrected 9-10% twice in the past ten days. Unless Gold and gold stocks fall below Thursday’s lows then we should anticipate higher prices in the short-term. A bigger correction will come but not yet. Consider learning more about our premium service including our favorite junior miners which we expect to outperform in 2016.