When the time comes … 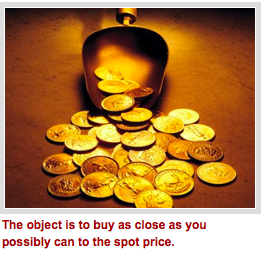 But first, hopefully, you’ve been following my warnings and forecasts and didn’t get caught up in what’s turning out to be one heck of a slide in gold and silver …

With gold once again failing to take out overhead resistance at $1,362 … then plunging back below initial support at $1,330 …

In a downright bearish pattern.

With cycles pointing down hard into early October, if gold closes below $1,310 on any trading day … or pierces the most recent low at $1,305 …

You can’t say I didn’t warn you. Over the past several weeks, I recommended you hedge any heavy gold and silver holdings you may own with inverse ETFs, such as ProShares UltraShort Gold, symbol GLL, which is already popping nicely higher …

And for silver, ProShares UltraShort Silver, symbol ZSL, a double-leveraged ETF, seeking to deliver twice (2X or 200%) the inverse (or opposite) return of the daily performance of silver bullion in U.S. dollars. But I also want you to be prepared for what’s coming next. For all along, I also gave you another warning: That this current pullback in the precious metals is the best thing that could happen: It’s chewing up and spitting out the weak longs … and giving savvy investors like you the chance to buy when risk is far lower.

That said — when the time comes — say around $1,250 gold … I suggest you exit any of the above hedges you took on … and be ready to start buying physical metals, with my tips on how to buy gold bullion coins (same advice applicable to silver bullion coins).

I actually prefer ingots and bars over bullion coins, because the premiums over the actual value of the gold are far less. But the majority of my readers and followers prefer bullion coins, so here are my recommendations …

When investing in gold, not only must you watch where you buy, but what you buy as well. You can get dramatically more for your money every time you buy, simply by buying the right investments and avoiding the wrong ones.

Don’t underestimate this, for when it comes to buying physical gold, the extra gold you get is a dramatic addition to your portfolio — it’s like a free bonus you get for investing intelligently.

So the bottom line for bullion coins is this: If you are interested in getting the most gold for your money, the object is to buy as close as you possibly can to the spot price.

That means buying gold investments with as low a markup as possible over bullion content.

The Austrian 100 Corona and Hungarian 100 Korona are typically among the least expensive bullion coins (over spot) to buy.

These coins are a beautiful reminder of the Austro-Hungarian empire. They’re both the same size, weight, and alloy, but they have different designs.

Because of their rock-bottom premiums over spot, these coins are an absolutely super way to invest in gold bullion.

The only problem is that they aren’t as well known in North America as the American Eagle, Canadian Maple Leaf or even the Chinese Panda or the Krugerrand. The Austrian 100 Corona is better known than its Hungarian counterpart and more liquid.

So they are unsuitable for core holdings. Core holdings are bullion coins and bars that you put away in a safe place and hope you never need to touch.

Essentially, it’s your hedge against the unexpected: An economic collapse, it gives you something to turn to when everything else fails.

In addition to the coins listed above, there are also a variety of gold coins available in much smaller sizes, enabling you to buy gold in relatively small increments of less than one ounce. The drawback has always been price: The smaller the coin, the far greater the premium.

Thus, as you buy smaller and smaller denominations, you get progressively less and less gold for your money, because the premium is higher. However, friends in the industry who favor these smaller denomination coins set forth two counter arguments that you should NOT fall for:

1. “Much of the premium is recovered upon resale.”

About half the extra premium is recoverable, on average. But that’s still a cost you can avoid by waiting and buying an ounce at a time instead, if need be.

That’s because the market for the full-ounce gold coins is far broader, deeper and more liquid than for the fractional gold coins. When you go to sell say, three years from now, you may even have to accept an additional discount with the smaller coins rather than recover part of the premium lost on purchase.

No matter what, you’re clearly a lot better off with Krugerrands or Coronas than with say, 1/20-ounce Pandas or 1/10-ounce gold American Eagles.

2. “In an economic catastrophe, the smaller gold coins would be easier to spend or swap for groceries, gas, etc.”

That may be true, but it’s not inconceivable that in an economic catastrophe, the full-ounce coins — because of their wider distribution — would be equally easy (or easier) to spend.

There’s so much more to buying, storing, and selling physical precious metals that I can’t get to it all today. But in the weeks and months ahead, I’ll be sure to help you to become knowledgeable …

Because once gold finds a bottom on this pullback, the next leg up should begin … and that should be the most powerful one yet.

Now, speaking of the markets in general, please refer to my column of last week and all the charts I showed you from my Artificial Intelligence forecasting models.

Amazing, eh? Per those charts …

— Gold rallied, failed, and then tanked on Friday, right on cue. Ditto for silver.

— Crude oil broke a tad lower, but then began a sharp rally, a bit early, but generally following the forecast model. Meanwhile …

— Though off to a slow start, the U.S. dollar started a rally, precisely as the forecast charts showed.

— Platinum and palladium, lower just as the charts foretold.

— Ditto for mining shares, sliding sharply … which is music to my ears. I have my Real Wealth Report members scooping them up on the cheap.

And last, but certainly not least, is the Dow Industrials. Here’s the chart from last week’s column. Largely confirming the major indexes are now on track to follow the forecast also into an early October low.

And as I noted in previous columns — if heavily loaded up with stocks you couldn’t sell, for whatever reasons — I suggested hedging via ProShares Short Dow30 (DOG) and/or Direxion Daily S&P 500 Bear 1X Shares (SPDN), both unleveraged.

And both obviously did very well last week.