What’s With Gold, Silver, the Dow? 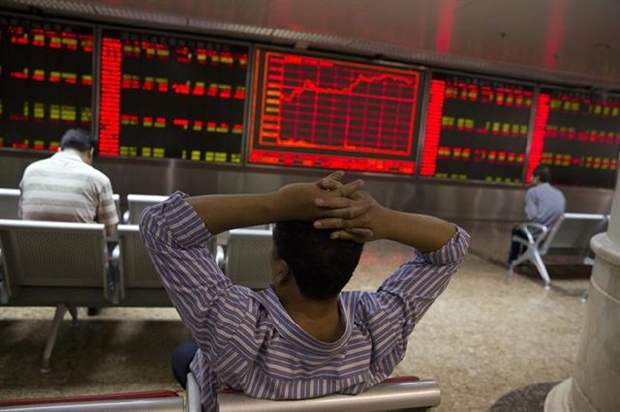 Investors want my head again. Gold, silver, and mining companies are refusing to fall per the forecast of my artificial intelligence, neural net models.

So what gives? In this column, I’ll lay out what I think is happening and also give you my line in the sand.

Fundamentally, what I believe is happening is that the rise in geopolitical troubles here in the U.S. and abroad, the rise of the war cycles that I’ve written about before, is stronger than I had expected. This is causing the precious metals and mining sector to be stronger than expected as well.

However, the line in the sand remains a weekly close above $1,363.50 in gold. If that were to occur, it would indicate an extended rally to somewhere between $1,450 and $1,500 by October. Mining companies of course would follow suit as would platinum and palladium.

Let’s hope we don’t see that. The reason is because when a market undergoes two cycle inversions in a row, without a pullback — that market is actually more bearish than bullish intermediate-term.

If we were to get a second cycle inversion and a move up to the $1,450 to $1,500 region in gold by October, then we would likely see the precious metals crash and burn, along with mining companies into early 2017 — and to new record lows.

The far more constructive, bullish pattern would be for gold and silver to follow the current forecast and decline into early October. So if you’re a long-term bull, you want to be rooting for a decline into October.

In truth, the Dow Industrials and the S&P 500 have reached record highs but only due to a handful of stocks, namely in the tech sector. The majority of publicly traded stocks remain lower for the year, down as much as 71.6 percent. Looking at the big picture, the U.S. stock markets have gone nowhere for well over a year. And they will not begin to break out until we get a monthly close above 18,500, which still does not preclude a correction from occurring.

There is no question that geopolitical tensions domestically and internationally are rising at a very fast pace. This has been the cornerstone theme of my forecasts ever since I gave my presentation on the war cycles in late 2012.

This is what will dominate the future, heading into the year 2020/21. The Federal Reserve is essentially meaningless and has lost control of the economy. Ditto for the European Central Bank and other central banks. Ditto for governments.

Brexit is very much a part of this rise in geopolitical tensions and the opening act of the end of the European Union and the euro currency. Italy’s banks are now failing, putting extreme stress on Germany’s leadership, in addition to the refugee crisis which may well topple Angela Merkel.

Here in the U.S., like it or not, my models are pointing to a Donald Trump win come November. He is the worst possible candidate, but the timing fits perfectly with what my models are forecasting for the U.S., which is a sovereign debt crisis, rising civil unrest, and increased troubles with countries around the world, namely Russia and China — including the very real potential for an international war of epic, historic proportions.