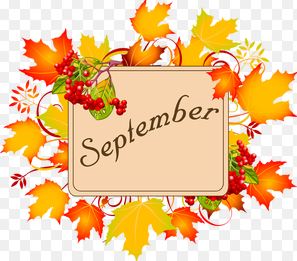 What about 2014 – and the bottom in gold and the rise of civil unrest.

I have to tell you that when I heard that the Republicans and Democrats in the States agreed on a budget deal last month that expires on September 30, 2015 I laughed. The first time I heard that date was years ago in a piece written by Martin Armstrong wherein his computer model was predicting that Sept 30, 2015 was a significant turning point.

Then the civil unrest in Thailand and more violently in the Ukraine gained momentum – right on schedule according to Martin Armstrong’s cycle of war.

I thought to myself – here we go again.  I’ve been following Martin Armstrong’s model for over 30 years and have learned never to ignore his model’s key dates.  Keep in mind this is the same model that accurately predicted well in advance the stock market crash of October 19, 1987, the fall of the Berlin Wall in November, 1989 and the precise date of the peak of Japan’s Neiki’s Index on December  29, 1989.

I could go on chronicling Armstrong’s computer model’s incredible record of prediction including the bottom in gold, the Canadian dollar and oil but the point is that when Marty’s model points to an important date I pay attention.  As do money managers, government officials and investors from around the world.

I will go so far as saying that after over 37 years of having the privilege of talking to and reading a massive number of top flight analysts, if I could only follow one – it would be Martin Armstrong.  His understanding of history, currency movements and the interaction of the widest range of variables on different investments is second to none.

Back to 2014 – this year is a key year in Marty’s work on the Cycle of War. His computer shows that international and domestic tensions peak every 25.049 years.  Marty doesn’t believe that 2014 will usher in a major global conflicts but he does feel that it will mark a rise in separatism and civil unrest just like we now are witnessing in the Ukraine and Thailand. The year is important also the in the rise of 3rd party politics that should become more evident in the aftermath of the Sept 30, 2015 date.

2014 could also be a turning point for gold – although despite the wishful thinking of the gold bug crowd it is too early to tell.  What is interesting is that last year at the World Outlook Conference – when gold was still near $1500 – Marty said that his model was pointing to a low that would at least touch $1150 but could go to under $1000.  Gold’s low in 2013 was $1151 – close enough for me. But has it bottomed?

I want to hear Marty’s take, which is just one of the reasons that I encouraging you to attend the World Outlook Financial Conference. Marty will join us from Switzerland (or maybe he’ll be in New York) – on Friday night for a special segment that specifically deals with the Cycle of War, Sovereign Debt and Precious Metals.

Then on Saturday morning he will do another segment on where he sees stocks, interest rates and the dollar going.  Both of these segments will be a rare opportunity to hear one of the top minds in economics and finance.

I am confident that it won’t take more than a few minutes of hearing Marty live for you to agree. His methodology is unique as is his global perspective on every aspect of the investment markets.

And then there’s that incredible track record of predicting major turning points and that brings me back full circle to 2014 and the Cycle of War. The violent riots in Spain, the Ukraine, Thailand and the tragic situation in Syria are only the beginning but what does it mean for investors? How do you position your investment for both safety and growth?

What does his model say about the bond market and interest rates? So far his model has been right on with gold but what’s next … should I buy? Have we reached bottom?

What about the stock markets after the strong moves in 2013?  How do I know when to sell? Should I buy any pull back?

And what about the Canadian dollar? Last year at the Conference Marty told the audience that the US dollar was going to surprise to the upside but now loonie is down 10% since then. Is there more downside to come? What about the euro and the yen?

My point is there is no one I’d rather hear the answers from than Martin Armstrong.

I hope I see you there on January 31st and February 1st. Our goal is make a huge difference to your financial well being and make 2014 your best year ever the Outlook Conference will feature the people to do it.