What You Get if you Cross Buffett, Branson and Jobs 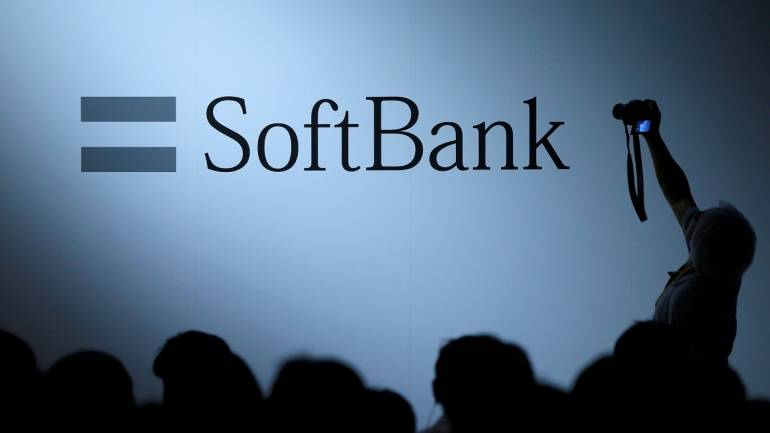 Masayoshi Son, the Korean-Japanese, University of California, Berkeley-educated founder of one of Japan’s most successful companies, SoftBank Group:

Like Buffett, Son is a tremendous capital allocator with a highly impressive record: Over the past nine and a half years, SoftBank’s investments have delivered a 45% annualized rate of return. A big chunk of this success can be attributed to one stock: Chinese e-commerce giant Alibaba, a $100 million investment SoftBank made in 2001 that is worth about $80 billion today.

Though you may put Alibaba in the (positive) black swan column, Son’s success as an investor goes well beyond it – the list of his investments that have brought multi-bagger returns is long. The 57-year-old Son is Japan’s richest person, and SoftBank, which he started in 1981 and owns 19% of, has a market capitalization of $72 billion.

Like Apple co-founder Jobs, Son is blessed with clairvoyance. He saw the internet as a transformative force well before that fact became common knowledge. In 1995 he invested in a then-tiny company, Yahoo!, earning six times his investment. But he didn’t stop there; he created a joint venture with Yahoo! by forming Yahoo! Japan, putting about $70 million into a company that today is worth around $8 billion. (Yahoo! Japan is a publicly traded company listed in Japan.)

What is shocking is that Son saw that the iPhone would revolutionize the telecom industry before Apple announced it or even invented it. See for yourself in this excerpt from an interview with Charlie Rose, where Son describes his conversation with Jobs in 2005 – two years before the iPhone was introduced:

I brought my little drawing of [an] iPod with mobile capabilities. I gave [Jobs] my drawing, and Steve says, “Masa, you don’t give me your drawing. I have my own.” I said, “Well, I don’t need to give you my dirty paper, but once you have your product, give me for Japan.” He said, “Well, Masa, you are crazy. We have not talked to anybody, but you came to see me as the first guy. I give to you.

Like Virgin Group founder Branson, who created Virgin Atlantic Airways in the U.K. to compete against the state-owned behemoth British Airways, Son started two telecom businesses in Japan – one fixed-line and one wireless – with which he challenged the state-owned NTT monopoly. In 2001, disgusted with Japan’s horrible broadband speeds, he convinced the government to deregulate the telecom industry. When no other companies emerged to rival NTT, Son took it upon himself to start a fixed-line competitor, Yahoo! BB (broadband). Thanks to him, now Japan enjoys one of the highest broadband speeds in the world and Yahoo! BB is a leading fixed-line telecom.

It took Son four years to bring his broadband business to profitability. This is how the Wall Street Journal described that period in 2012: “The problems at the broadband unit contributed to losses for the entire company for four consecutive years. Mr. Son set up an office in a meeting room 13 floors below his executive suite to be closer to the problem unit. He slept in the office at times and routinely summoned executives and partners for meetings late at night. . . . He worked out of the meeting room for 18 months, until the broadband unit had cut enough costs and moved enough customers to more lucrative plans.”

A normal person might have taken a break and enjoyed the fruits of his labor at that point, but not Son. Just as his broadband business went into the black, Son executed on his vision for the internet and bought Vodafone K.K., a struggling, poorly run wireless telecom in Japan. SoftBank paid about $15 billion, borrowing $10 billion.

Fast-forward eight years, and SoftBank Mobile is a success. It is one of the largest mobile companies in Japan, even faster-growing than DoCoMo (a subsidiary of almighty NTT). Today it spits out about $5 billion in operating profits annually – not bad for a $5 billion equity investment.

Son has a highly ambitious goal for SoftBank: He wants it to become one of the largest companies in the world. Unlike the average Wall Street CEO, whose time horizon has shrunk to quarters, Son thinks in centuries: He has a 300-year vision for SoftBank. Practically speaking, 300 years is a bit challenging even for long-term investors, but at the core of his vision Son is building a company that he wants to last forever (or 300 years, whichever comes first).

Son views SoftBank as an internet company and is committed to investing in internet companies in China and India. He believes that as these countries develop, their GDPs will eclipse those of the U.S. and Europe.

Jobs, Branson, Buffett – it is rare for somebody to embody strengths of each of these business giants. None of them has the qualities of the other two. Buffett is a business builder but does not run the companies in his portfolio. Branson is not a visionary – in his book Losing My Virginity he admits to not seeing analog music (CDs) being destroyed by digital music (iTunes) and demolishing his music store business. Jobs probably came the closest, as both a visionary and a business builder, but he was not known for his investing acumen.

You’d think SoftBank would be priced to reflect Son’s premium. Instead, its stock currently trades at around a 50% discount to the fair value of its known assets (SoftBank has about 1,300 investments, many of them not consolidated on its financials).

The gap between what SoftBank is worth (its fair value) and its stock price has widened substantially over the last few years despite the stock’s appreciation. Our fair-value estimate of SoftBank shares is about $80.

Frustrated with SoftBank’s valuation, Son has begun to make strategic moves to de-lever SoftBank. Last February, SoftBank announced it may take its Japanese telecom business public. SoftBank is expected to sell about 30% of its stake and should raise about $20 billion.

SoftBank owns a large chuck of Didi, the largest Chinese ride-hailing company, a Chinese version of Uber, which in fact bought Uber’s assets in China. Didi is a privately held company.

Recently SoftBank announced that it is going to sell its shares of Didi to Vision Fund for $20 billion. Vision Fund is a $100-billion private equity-like investment vehicle created by Son. SoftBank owns one-third of Vision fund and has an even larger economic interest in it.

And then there is Sprint – SoftBank owns 82% of its publicly listed shares. After dating T-Mobile for almost a year, Sprint and T-Mobile finally decided to merge. There is a chance that the government might not approve this merger, but we think the probability of approval is high. The telecom industry requires scale: the cost of a network (cell towers, equipment, and spectrum) is mostly fixed, and profitability of a carrier is for the most part determined by the number of users.

T-Mobile and Sprint are each half the size of giant incumbents Verizon Communications and AT&T, which achieved their size through dozens of acquisitions. The combination of Sprint and T-Mobile would reduce competition in the short run, but in the long run it would create a strong and viable competitor and thus stable prices for consumers. T-Mobile and (especially) Sprint on their own would eventually get marginalized into irrelevance by AT&T and Verizon by the large cost of 5G rollout.

Between the sale of Didi, the Japanese telecom IPO, and the Sprint/T-Mobile merger, SoftBank should see its debt drop by about $70 billion. The current discount between the fair value of SoftBank’s assets and its stock price is caused by the perception of enormous leverage, and as the leverage gets cured so will the perception.

There are many ways to look at SoftBank. You can think of it as buying a stock at a roughly 50% discount to the market value of its assets or as a way to buy Alibaba at less than half its current price. Alibaba is a great play on the Chinese consumer who is spending more and more money shopping online. Alibaba is synonymous with Chinese online shopping, whose growth may accelerate with higher smartphone penetration and, just as important, the ongoing rollout of a fast wireless LTE network.

You can also look at SoftBank as a vehicle through which to invest in emerging markets – not just China but India as well. It is almost like hiring the combination of Buffett, Branson and Jobs to go to work for you investing in markets whose economies in a few decades will surpass that of the U.S., while also investing in a segment of the economy – the internet – that is growing at a much faster rate than the overall economy. And, of course, you have Masayoshi Son, the Buffett-Branson-Jobs fusion, making these investments for you. With SoftBank at this valuation, you can ditch your emerging-markets mutual fund.

I don’t expect every bet Mr. Son makes in Vision Fund to work out. Not at all. I look at Vision Fund as a portfolio of bets. For instance, his investment in WeWork and WeWork’s valuation make me cringe. I am also concerned that he feels the need to spend $100 billion all at once. There will be a time when this money will buy a lot more than it does today.

I feel uneasy that the $100 billion will be like a pig going through the python of Silicon Valley, inflating the prices of technology companies. But a few things let me sleep well owning Softbank: First, Mr. Son owns 20% of the company – every dollar Softbank spends, 20 cents are his. As Nassim Taleb would put it, Mr. Son has skin in the game. Second, the discount of Softbank stock to the fair value of its assets is so huge that it could absorb the blow-up of Vision Fund. And finally, I remind myself that I’d probably have had a similar feeling of uneasiness about Mr. Son’s decisions at any time in his 30-plus-year career (PCs in the ’80s, Internet in the ’90s, telecom Japan and internet in China in the ’00s). And this is when I remember Einstein’s quotes.