What would end the Oil age? 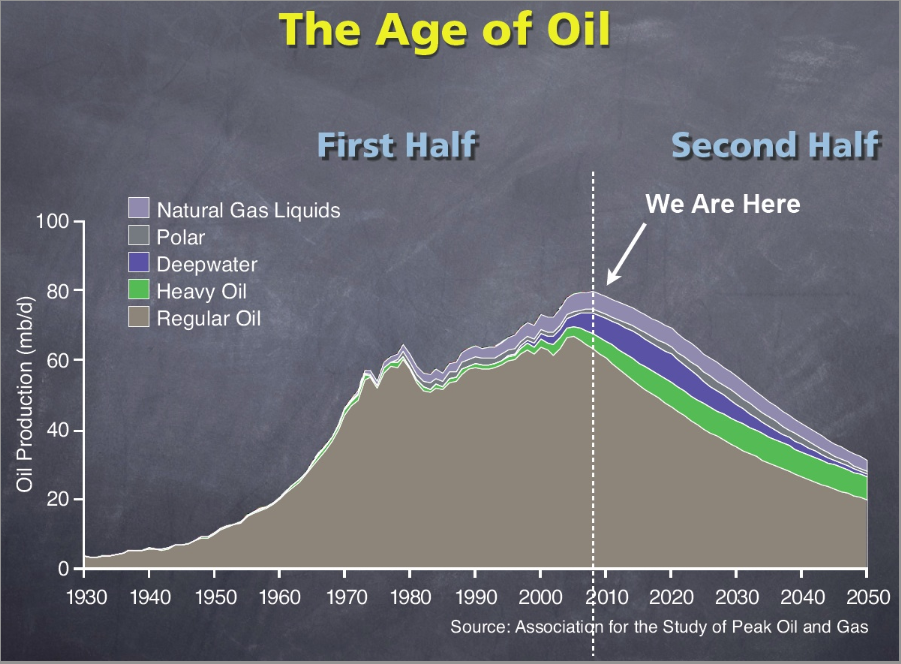 My take is that oil is going to be replaced by something better at some point. It can’t be something like ethanol, where we end up using more water and increasing food costs. Ultimately, maybe we can shift to natural gas. From there we’ll have to look at some of the alternatives that right now are expensive, but in 20 years won’t be nearly as expensive. Politics always plays a role in energy policy.

Commodity Online
Whether the topic is peak oil, climate change or commodity bull markets, Jim Letourneau tends to take the contrarian position. He’s an unapologetic advocate of oil sands development and a shrewd analyst of the companies large and small that are active both in the Alberta oil sands and in the U.S. oil patch.

In this interview with The Energy Report, he shares his insights into one of Alberta’s largest oil sands players and one of its newest and smallest, as well as a well-positioned startup in the Texas Midland basin and northwestern Montana’s Williston basin. He also goes into new Technologies for Oil Extraction and other energy techologies

How was your presentation, “Is Peak Oil Dead?” received at the Calgary Energy and Resource Investment Conference on April 5?

It went really well. There are a lot of professional engineers and geologists there who work in the oil business, and most of them were agreeing that technology is a big factor that pushes out when peak oil is going to occur. For each pool or technology, there is going to be a peak, so peak oil is really the average of hundreds of different peaks, but I think my big-picture point was well received. Your point is that the theory behind peak oil fails to factor in technological breakthroughs that produce new drilling and stimulation technologies and tame hostile environments, thus leading to increases in production. If an oil shortage doesn’t end the oil age, could Government’s focus on climate change alone threaten oil’s dominance?

My take is that oil is going to be replaced by something better at some point. It can’t be something like ethanol, where we end up using more water and increasing food costs. Ultimately, maybe we can shift to natural gas. From there we’ll have to look at some of the alternatives that right now are expensive, but in 20 years won’t be nearly as expensive. Politics always plays a role in energy policy. We just went through a renewable energy stock bubble created by government loan guarantees. Meanwhile, oil companies have lost the PR battle. This gives governments the option to punitively tax and regulate the industry as they see fit.

If the future solution is natural gas, what companies do you see well positioned to meet that need?

Right now, because we’ve found so much natural gas, the companies that produce it are in a pickle. I think the range of prices is going to be lower for a long time. We’re not going to have an extended bull market. But the companies that use natural gas are pretty interesting. There are companies likeWestport Innovations Inc. (WPT:TSX; WPRT:NASDAQ) that build natural gas engines for big trucks and transport units. Another company is called Clean Energy Fuels Corp. (CLNE:NASDAQ). But the actual producers are in a tough spot. If the price does get a little higher, a lot of supply can come onstream very quickly.

You recently explained your new interest in biotech to The Life Sciences Report by saying, “The mining and energy sectors have reached a state of dysfunctional excess.” What do you mean by that expression?

What I mean is that there are just too many exploration companies out there and not enough expertise. When I started writing my newsletter 10 years ago, it was near the beginning of a commodity bull market, so there weren’t excesses in anything. The first bull market was in uranium, and only a handful of companies were trying to find uranium. Then the price started to move up and pretty soon there were well over 500 uranium companies worldwide. What could possibly be gained by having 500 companies instead of maybe 50?

I like to use the concept of a hype cycle, where a big wave of money coming into a sector builds up to a peak of inflated expectations before we move down to a trough of disillusionment. Another recent hype cycle was graphite. Look at the TSX Venture chart and you’ll see what I’m talking about. There’s going to be a hangover as a lot of those companies disappear.

Let’s shift gears and discuss some oil companies. Big Sky Petroleum Corp. (BSP:TSX.V) just retained an investor relations consultant, and part of the consultant’s fee is in options exercisable at $0.25. What does that say about that corporation’s expectations for growth in share value?

I think everyone is expecting the share value to grow, but today the share price is $0.13. Something has to change to get the share price higher, and maybe the investor relations consultant can help them with that.

A map of Big Sky’s West Texas assets shows that large- and mid-cap companies surround Big Sky’s new acreage. If the first well drilled is successful, do you think the larger companies are potential joint venture or takeover partners?

Definitely. The challenge for Big Sky is that it doesn’t have enough cash to pay for a single horizontal well. Almost all juniors right now have a big issue just keeping their production up. Big Sky doesn’t really have any production yet and it has just under $4 million ($4M) in cash. A horizontal well in the Wolfcamp is at least $5M and can be as high as $8M, and it’s in the same in the Bakken. If Big Sky drills one well each in the Bakken and the Wolfcamp, that’s $10M, so the company has to be pretty strategic about how it manages its opportunity. But the first step in any resource play is acreage capture, and Big Sky has done that. Hopefully, the company can find a partner and work out some kind of deal.

Sunshine Oilsands Ltd. (SUO:TSX; 2012:HKEX) is new and small. How much does its success depend on the permitting of the Keystone Pipeline?

Sunshine Oilsands has heavy oil production that averaged 625 barrels per day for the first nine months of 2012. Its first 10-thousand barrels-per-day West Ells project is close to being turned on, but it’s not built yet. If the Keystone Pipeline was approved, people would probably put a higher value on Sunshine, but its ultimate success is going to be based more on its leases and production.

Is Sunshine threatened by the rapid rise in domestic U.S. oil production?

To a degree. The rise in U.S. oil production has changed the level of supply urgency and it’s affecting policy. If there were a real shortage of oil in the U.S. and nothing on the horizon, that would be different. The amount of Canadian oil that’s been imported into the U.S. has doubled over the last decade or so. Now that the U.S. has more domestic sources, that urgency seems to have diminished. That is a threat. Canadians are aware of it. That’s why we’re working hard in Canada to get pipelines built to the west coast so we have two potential markets instead of just the United States.

Athabasca Oil Sands Corp. (ATH:TSX; ATI:FSE) set a goal to increase its oil production to between 200 and 260 thousand barrels of oil equivalent per day by 2020. Half of that would be in thermal production—in-situ production—and half from light oil, which it has no production at all in right now. It expects the first oil from thermal by 2014, so what is the key to that plan’s success?

Athabasca Oil has a very large land position in a light-oil play called the Duvernay, which is in central Alberta. The Duvernay was the source rock for the big Leduc fields that were found in Alberta and really kicked off Alberta’s oil industry. It’s a great source rock, but the wells are very deep and expensive. Athabasca had raised enough money that it can play around in that play. It’s an exciting new play. It could be very big for them.

The company is gearing up for thermal-assisted gravity drainage production. Has it achieved proof of concept for that?

Most companies are using some version of steam-assisted gravity drainage. There have been a few notable failures and there’s always some technical risk. The thing about resource plays has always been that the geological risk of the resource being there is very low. We know the oil sands there. We know where they are, but the technology to extract them requires specialized knowledge.

We’ve had a few examples where things haven’t worked out as planned. It’s always a bit nerve-racking until the projects are up and running and successful. Statistically, a company that’s got lots of land and lots of money can spread out that risk. I think Athabasca will be up and running pretty close to plan. Athabasca Oil has raised enough money to weather a lot of storms. It’s got lots of other projects that are ready to go.

Historically, the company was an open-pit oil sands miner. Is it prepared to succeed in light oil development?

Oh, definitely. Most people working in oil sands have a background in light oil. When it comes to shale oil, very few companies have tons of expertise because that’s only been around for maybe five years, but it’s to Athabasca’s credit that it’s diversified and captured a big opportunity.

As you intimated earlier, oil sands production gets bad press and protests both in Canada and in the U.S. for its alleged environmental damage. How much does that threaten Athabasca’s prospects, or Sunshine’s?

These projects are going to go ahead and they will get built and the oil will find a market. The environmental press has been negative, but in some ways, it’s a positive in that we will have the world’s best environmental monitoring because we keep measuring contamination with better and better equipment.

You had spoken in the past about the opportunities and challenges for uranium producers. Are any of them viable at a $40.75 uranium price or do you think that is going up?

The ones that are going into production are trying to lock in some longer-term pricing so that they have stability. For example, Ur-Energy Inc. (URE:TSX; URG:NYSE.MKT) just closed a $5.1 million transaction that provides them with upfront cash in return for the sale of future uranium deliveries. Smaller producers don’t want to be at the mercy of the spot price; $40/lb doesn’t leave them a ton of room, but they’re going to keep producing because if you produce, at least you’ll have some money coming in. I don’t think any of these projects are going to be shuttered. Right now it’s a tough game, but there are a lot of things on the table that will lead to higher uranium prices.

I think Japan may turn on some of their reactors again. Meanwhile, some of the biggest uranium producers are cutting back on production. All of the factors that kicked off the uranium bull market 10 years ago are still in play. Uranium producers based in the United States have an advantage because the U.S. wants energy security. These producers have come too far to stop. If the price moves up even $10 or $20, then they’ll be in an amazing position.