What We Learned at Dinner from a Swiss Central Banker 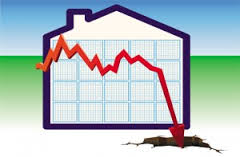 Today… what we learned over dinner from a surprisingly smart central banker.

But first, to the markets…

The Dow shot up 121 Dow points yesterday, recovering most of Tuesday’s slide.

In a series of business meetings Tuesday and Wednesday, we explained why nobody but us is rooting for a depression.

Yes, there’s no point in hiding it. We would like to see a depression. Short, swift, and decisive – a quick and sharp end to the biggest credit expansion in all of history.

As secretary of the Treasury Andrew Mellon said after the 1929 stock market crash:

Liquidate labor, liquidate stocks, liquidate the farmers, liquidate real estate. It will purge the rottenness out of the system.

High costs of living and high living will come down. People will work harder, live a more moral life. Values will be adjusted, and enterprising people will pick up the wrecks from less competent people.

“London property prices just keep going up and up. It’s so expensive our writers can’t afford to live here anymore. I’m thinking of moving the business to Edinburgh.”

You can’t build a solid economy on the jelly of unaffordable housing, unpayable debts, and unsustainable asset prices. But that’s what we’ve got.

The only way to get down to something more reliable… more real… and healthier… is to wash away the financial glop and goo that has accumulated during the last 30 years.

One way or another, the credit expansion that began after War World II must come to an end. About that we have no doubt. Contrary to the evidence of the last half-century, credit cannot increase faster than income forever.

It is mathematically, economically, and financially impossible.

But when will it stop?

“The trouble with you guys,” says a loyal reader (or words to this effect), “is that you are generally right… but you are always early.” Early?

Certainly. In the case of the credit bubble, we were nearly 40 years ahead of the curve.

We saw the handwriting on the wall back in the 1970s! We thought it said, “The End Is Nigh for the Paper Money System.”

After all, no paper money ever lasted for very long.

Not All Central Bankers Are Idiots…

But we misread the graffiti…

We don’t know where “nigh” is, but we’re pretty sure the end wasn’t close to it. Because, here we are four decades later, and the paper money system is still going strong.

We are still sure that it is headed for a debacle.

“It could take another two or three decades.”

That was the answer we got from a top central banker. We had the rare treat of dining with one last night.

We’ll keep his identity to ourselves, to protect his job and the reputation of the central bank. But he was a breath of fresh air. And a relief. Now, we can say with confidence: Not all central bankers are idiots.

Here’s what he told us:

It is doomed, of course. But not necessarily soon. As long as the major tendency of the economy is toward deflation, central banks can print money without causing consumer price inflation. They can buy bonds and keep buying them.

When they buy bonds, they tend to lower interest rates. They also finance government deficits. And, from Japan’s example, it looks as though they can do it almost indefinitely.

That’s right: They can keep this gig going… until they can’t. When it ends is anybody’s guess.

It is in the future, where no man goeth with GPS or map in hand…

Who Wants a Depression?

And we goeth there only in hopes of discovering a depression. Everyone else hopes to discover many more years of asset price inflation, boom, bubble, and central bank management. This distinction is an important one.

At least WE think so.

Everyone in government, industry, commerce, and academia has an unspoken prejudice for the bubble.

Wall Street wants to sell you stocks and bonds. Industry and commerce have products to unload… not to mention mergers and acquisitions to finance.

And governments all over the planet are running deficits and counting on low interest rates to pay for their zombie wars and crony programs.

Who speaks for the future? Who stands up for a healthy, sane, and real economy?

Who champions the cause of the little guy… the small investor… the small businessman… the ordinary working stiff?

Who wants a depression?

Bill
Further Reading: Are you prepared for when what Bill calls the U.S. Empire of Debt collapses? Nobody has a crystal ball, but in their bestseller The New Empire of Debt, Bill and co-author Addison Wiggin offer as clear and likely accurate a view of the future as you’re going to find.
When you claim your FREE hardcover copy (all you pay is shipping), we’ll also give you a risk-free trial to Bill’s new monthly publication, The Bill Bonner Letter. Get full details of this limited offer here.