WHAT THE HECK IS GOING ON….

Posted by Jeff Gundlach via BusinessInsider 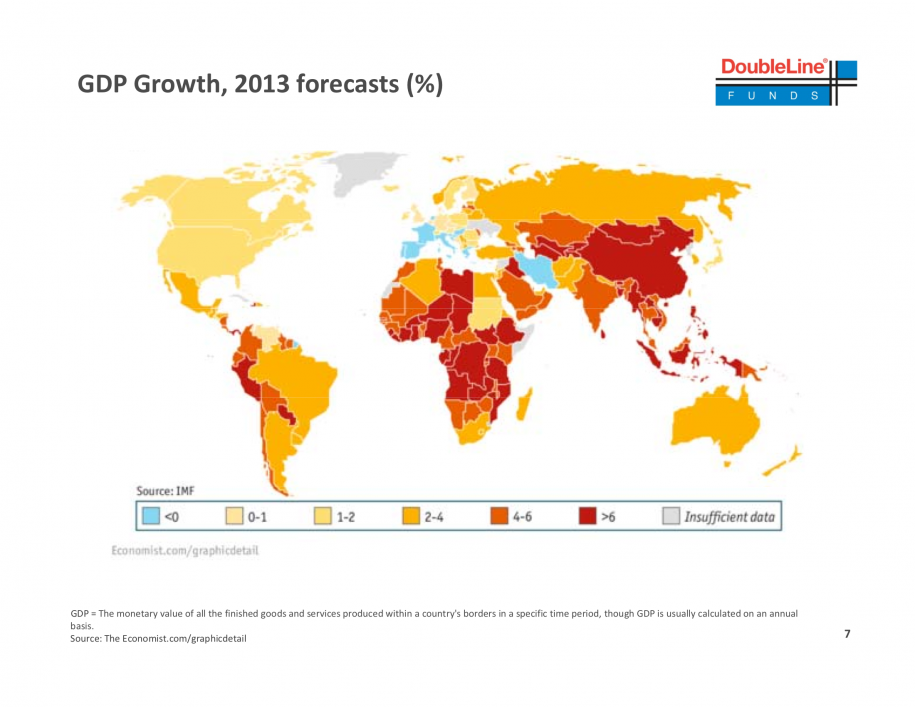 ……ILLUSTRATED BY THESE 51 REMARKABLE CHARTS:

Jeff Gundlach Answers what in the World is going on in this Fantastic New Presentation.

“Something happened in the middle of May,” said investing god Jeff Gundlach as he began his latest webcast on the state of the global markets and the economy.

He was referring to how global interest rates quietly rallied and how the Japanese stock market fell spectacularly.

He notes that the magnitude of the interest rate rally isn’t unusual.  Having said that, Gundlach believes rates will stay low thanks to a “put” by the Federal Reserve. Should rates rise, Gundlach believes the Fed would actually expand quantitative easing. This is because high interest rates would put too much pressure on the economy, and it would cause Federal interest expenses to become too onerous.

“I certainly think the Fed is going to reduce quantitative easing,” he said. But he attributes the reduction to the shrinking Federal deficit.

“I’m starting to like long-term Treasuries,” said Gundlach as he predicted the 10-year Treasury yield would end the year at 1.7%.

All of Gundlach’s theses are based on the fact that the global economy remains weak, GDP growth forecasts continue to come down, and unemployment remains high and lop-sided.

He communicates all of this in his eye-opening, hand-picked collection of charts on growth, employment, inflation, stocks, bonds, and other critical global macro indicators.

Anyone who is serious about investing must consider his charts. And for anyone who’s just curious, these charts will give you a peek into how Gundlach thinks. …..click on the link below to view 50 more remarkable charts: