What comes next as the US argues about how many Angels are needed to plug a dam? 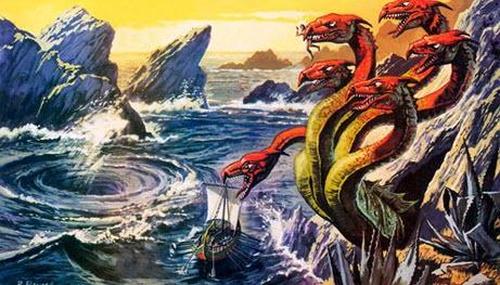 This morning: Nothing to worry about… except Pandemic, Bonds, Inflation or Deflation, Record Container Prices and Geopolitics? Is there any chance of compromise and a deal on the US infrastructure package everyone agrees is necessary – or will it sink into the partisan swamp? And Cathie Wood talks up her investment strategies – but what’s the substance behind the leading Zeitgeist Investor?

Apologies for the lack of porridge Thursday, but it was a busy morning trying to raise a lot of money before the puppy took me to owner training…

It’s been a “digestive” kind of week in market… Among other things figuring out the how, if and when of possible new coronavirus threats, and if mutations and panics could trigger new lockdowns. As we watched the sun go down from the yacht club veranda while yesterday’s glorious summer came to its end, we were calculating the odds of whether the lad’s ski-trip in Feb 2022 will actually happen!  Hope so.

But there is plenty else to ponder.

The fact container prices from Asia to Europe topped $10k for the first time ever – is that a sign of resurgent, sustained long-term demand, or is the repressed post-pandemic spending going to prove temporary?

We are still balanced betwixt Inflation and Deflation..

And then there is the bond market. If we are headed for inflation and a taper then just how much pain will a screaming bond market (screaming in agony as rates crush prices), inflict on other financial asset market? Clue: lots. Lots! And if bond markets collapse – then you can bet the right-wing monetarists hidden among us will be heaping the blame on the god-damn communists in Washington, Downing Street and Frankfurt for debasing currencies through reckless fiscal carpet bombing.

Or how about widening geopolitical fault-lines. Earlier this week I was pondering on whether the rumoured accidental release of Covid from a Wuhan lab might trigger China push-back. Biden has now instructed the CIA to report on the matter. The Chinese are screaming its already a “dodgy-dossier” – if you don’t know the reference, it’s the reason you should count your fingers afterwards if you ever meet Tony Blair. Meanwhile, Beijing has solved problematic Hong Kong elections by declaring the winners ahead of any vote.

The other side of the China vs US face-off is the realisation both are essentially market driven economies… they just do it differently. I suspect many smart fund heads are wondering how to play it neutral, hedging downside risks in one bloc against the upside of the other, all without offending the plethora of ESG, CSR, Sustainability and Social Justice mandates that now dominate investment decisions in the West….

Meanwhile… back on the Range..

Is the US crawling towards a possible-partisan agreement on infrastructure spending? If it is, then the prospects for the US dramatically improve – with knock on effects around the global economy. The Republicans have countered Biden’s $1.7 bln plans with a $982 bln counter-package. To say there remain “vast differences between the White House and Republicans” would be an understatement – but anything that looks less polarized is positive.

Over the past couple of days I’ve been having a fascinating email debate with a great mate of mine. He’s a very successful alternative asset manager.  He’s also a Republican – which doesn’t necessarily make him a bad person. Although Trump dominates the party, not every Republican is a Trump aficionado – they just can’t say it.

At least they are having the debate on just how much to spend on recovery, and the fiscal consequences that may emerge. Its not a debate being heard in Europe or the UK to any real extent. (Ok, the Germans are getting a tad concerned about German tax-payers funding Italian pensions and creating massive inflation in Draghi’s spending plan’s wake – but, fear-not! Germans are good Europeans.. for now..)

Broadly the US argument revolves around the number of US firms abandoning Democrat states like California in favour of low tax states like Texas that remain corporate friendly. It’s a fact Democrat run states tend to have higher unemployment and higher taxes. According to my mate that’s prima facie evidence the Democrats can’t be trusted to run the US economy, and are proven incompetents. That’s pretty mild polarisation compared to what passes for political debate in the US these days.

Many states are struggling to balances taxes, spending and growth. Central government vs regional spending is a fault line in most modern economies. When it comes to the US, it’s a factor driven by the evolution of US economy – the big cities evolving from manufacturing into services, and more recent factors driving greater inequality and raising the need for more expensive social services.

For instance, I reckon the social problems in San Francisco have been accelerated by the costs of housing being driven up by the tech industry. Distorted ultra-low interest rates have fuelled tech valuations, allowing over-valued start-ups to pay massive salaries, driving up the cost of SF accommodation to insane levels, pushing out the bulk of service workers in low paid service sectors. Just saying – monetary distortions have consequences… not just on markets.

Balance these states against the “frontier capitalism” of Texas et al. They compete for jobs on the basis of low taxes and business friendly corporate laws. It clearly works for them. Entrepreneurs can put their businesses up for a bid to see which states are prepared to host them for the least. Everyone from Tesla, Apple, HP and Planatir has moved business units on to the Texican scrub. It sort of makes sense – a firm that makes a $1000 distributal profit will end paying nearly $700 in Federal and State corporate, dividend and capital gains taxes in California. (Most of it is Federal.)

Most Europeans scratch their heads understanding why US states compete against each other like that. Surely the country would be stronger if they worked together? Don’t even go there… competition and states rights.. etc..

I hazarded the view that’s it’s the success of the US that’s the reason for the increasing negative social issues in America’s large cities. I am not advocating communism – just that the USA solves the issues created by success. Spread the love. Inequality and lack of opportunity ultimately sucks for everyone.

And…. Step up to the block; Cathie Wood

Even as Central Bankers around the globe put the boot into Crypto we’ve got Cathie Wood of ARKK on the wires reassuring investors Bitcoin is here to stay. She still reckons Bitcoin is good for the environment because it will focus miners to get their power from green sources. I must be missing something there, because if miners use the green energy everyone else wants, that will push up its price meaning more green energy will be produced – perhaps, but until it is, let’s just burn another mountain of extra coal?

This morning on Bloomberg Businessweek there is a must-read piece on Cathie: Cathie Wood’s Bad Spring is Only a Blip When the Future is So Magnificent.

It’s a great read – and you know what. I agree with her. The world is changing. New Tech is going to make it much, much, much better. I buy into 3D, Space, Gene therapy, and the rest, just not digital currencies.

The thing is. They are going to happen. But not at the pace or in the fashion Wood expects. The history of business is constant evolution driven by the forces of the market and money. Everyone loves innovation, but the firms that have great ideas don’t necessarily succeed. Ford was not a first mover, but found how to make profits and sell more cars. The Wright Brothers were first movers, but became a minor engine maker. The Brits pioneered the Jet Airliner and never made a cent from it. The trick is not just finding innovators, but finding the winning innovator! That is really hard work.

What Wood has successfully done is become the figure head of the Age of Zeitgeist Investment – making lots of money the easy way. Her crew (described in the article) and herself see the future as disruptive and innovative and it’s all terribly exciting.

The reality is very different. Understanding ultimate winners and losers is hard. It’s not about getting excited. Growth and neat solutions to as yet undiscovered or comparatively minor problems are just part of the equation alongside money and profits. The Tech industry is no different from anything else – trends matter, but it’s about what companies are going to succeed and pay decent returns….

That’s not what Cathie Wood’s multi-billion dollar ETF’s do – she sells a dream of tech riches, not the hard work in making them…