We are Now Getting Deep into the Euphoria Phase 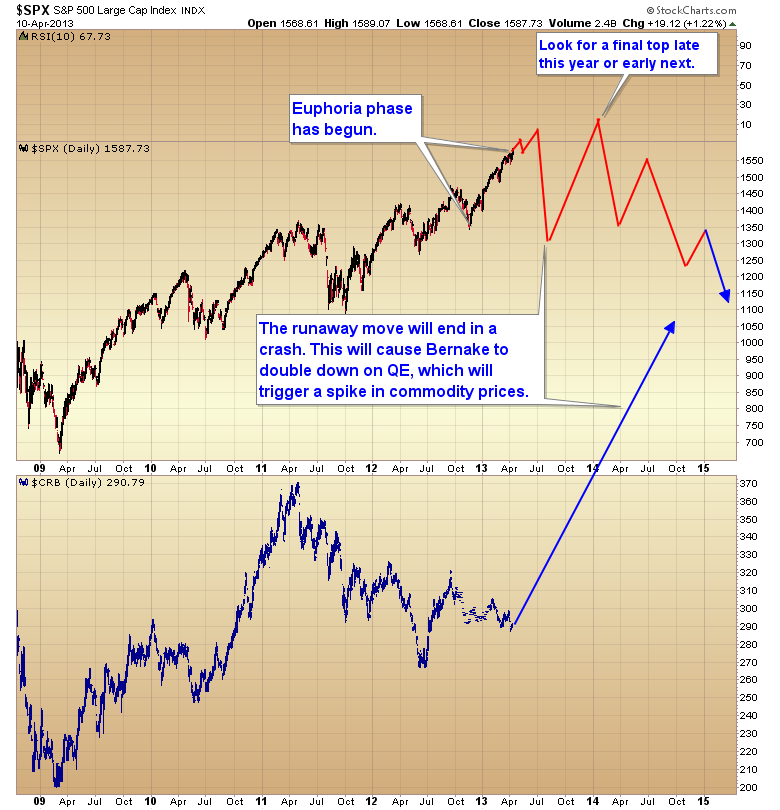 We are now at the point in the bull market where traders think that stocks are bullet proof.  Back in December I warned this was coming. I said at the time that this round of QE was going to be different. That it would have a much bigger effect on the market than the analysts were expecting. I remember at the time analysts were claiming each round of QE was having less and less effect. I was confident that QE3 & 4 would usher in the euphoria phase of the bull market. Actually Bernanke is putting in place the final components to bring about the end of the bull. Let me explain….read it all HERE