We are Fast Approaching a Global Economic Collapse 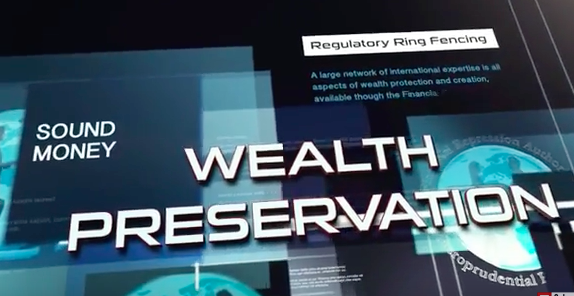 …and what can be done to prepare…

On financial repression Michael prefers to look at it from the angle of who is doing the repression, which in his opinion is being carried out by the governments and central banks. He believes that markets work best when free market forces are allowed to play out without interference, and that the governments and central banks are anathemas to the market.

He says the area that has witnessed the greatest distortions as a result of outside interference are the emerging markets. He goes on to explain that the period of easy money and quantitative easing flowing into the markets caused a boom in the lending of money to emerging markets all over the world. As a result of these markets gorging on all this cheap money with low interest rates, a lot of debt has been accumulated, and most of that debt is denominated in U.S dollars.

As a result of a crash in commodity prices, the emerging markets are getting less for their exports and due to the reduction in quantitative easing, the dollar is increasing in value and its taking a lot more of their currency to service and pay these debts.

Michael noted that there is no easy way out from this, He believes that the current crisis will keep on getting worse especially as global economy is slowing down.

“I think that what we are seeing already is just going to accelerate we are going to have emerging markets really struggle and this is carrying on into global trade”. This is a global problem created by a global bubble that was created by the Federal Reserve and others and so I don’t know that there is any easy solutions and in fact, what we are seeing now is just the initial stage of a crisis that is going to get much much worse.”

He expects that initially major financial institutions all over the world will get into trouble with some of them even failing resulting in the banks refusing to lend to themselves and us thereby causing a credit crunch or freeze, which in turn will bring economic activity to a standstill and as a result cause a short severe period of deflation.

On what can be done to prepare for this eventuality Michael advises that as for the short term people should evaluate financial assets that could crash in value. He also advises a 6month emergency fund at the very least. On long term protection, he recommends gold, silver and precious metals as ways people can protect their wealth. As for a longer term of protection he suggests people should have supplies of food and supplies in the event of a long term emergency, as well as having some cash at home in the event of bank holidays or shutdowns. Finally he strongly recommends a greater level of self-sufficiency from the system as he believes that it is going to fail soon.