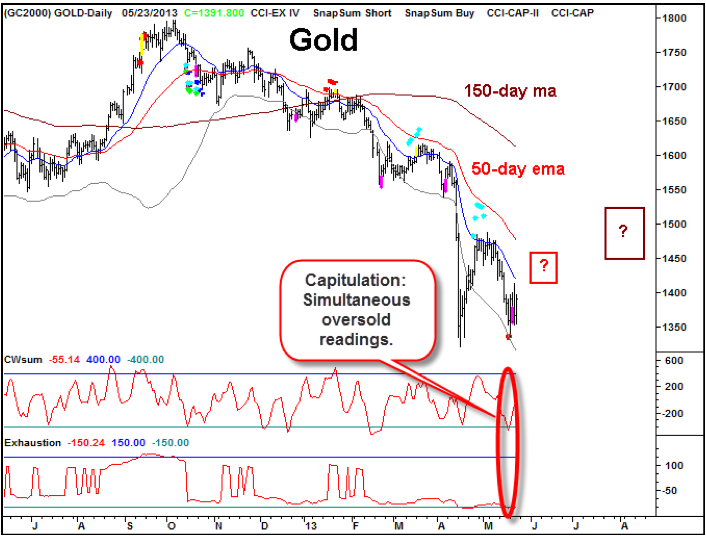 The persistent decline in gold prices over the past two weeks has produced the first Capitulation Buy Alert since July 1997. The only other signals occurred in September 1988, December 1984 and September 1975. A period of consolidation, with an upside bias, is the most common characteristic in the following weeks. Ed Note: This May 23rd image and comment is from the 1st page of a May 20th 5 page report. This report and  2 follow-up May 23rd reports (a 5 page on silver & a 4 page on Gold) would have been come to you had you been subscribed to Institutional Advisors  Free One Month Trial. Be sure not to miss another by subscribing to that FREE ONE MONTH TRIAL of Bob Hoye’s Institutional Advisors. Twitter will announce Publications.