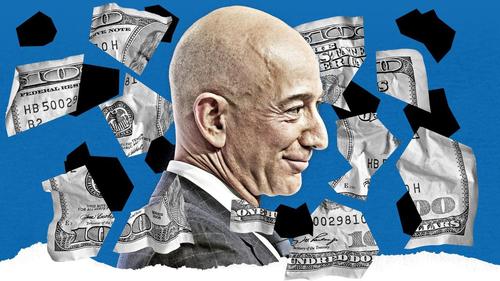 Under a bill proposed by Democratic Rep. Noel Frame of Seattle, a 1% tax would be levied on “extraordinary” intangible financial assets held anywhere in the world – including cash, stocks, bonds, publicly traded options and futures contracts, according to ABC News. The first $1 billion would be exempt from the tax.

Forbes magazine says about a dozen of the richest people in the world live in Washington state, including Bezos and Gates, who top the global list after making their fortunes from their respective tech companies, Amazon and Microsoft.

About 100 taxpayers in the state have wealth in excess of $1 billion, according to the state Department of Revenue. –ABC News

“It actually really isn’t about them, it’s about the working people of Washington who right now are disproportionally paying for community investments like public education, public health, you name it,” said Frame, adding “This is about equality in the tax code.” She says that her proposal would bring in an estimated $2.5 billion to the state every year, and would be imposed beginning January 1, 2022 for taxes due in 2023.