Warning Signs A Correction Is Ahead 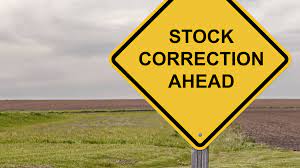 After a decent rally from the recent lows, there are multiple warning signs a correction approaches.

Over the last few weeks, we discussed the rising risk of a correction between 5-10%, most likely this summer. Such drawdowns are historically very common within any given year of an ongoing bull market. As Sentiment Trader recently noted, we are now in one of the more extended periods without such an occurrence.

Of course, as is always the case, amid a bullish advance, it is easy to become complacent as prices rise.

Before we go any further, it is essential to clarify we are discussing only the potential for a short-term correction. As is often the case, some tend to extrapolate such to mean I am saying a “crash” is coming, and you should be all in cash. Such an extreme move is ill-advised without a significant weight of evidence.

However, there is reason to be cautious in the near term.