Warning for Trump: Revenge of the Government Debt Monster 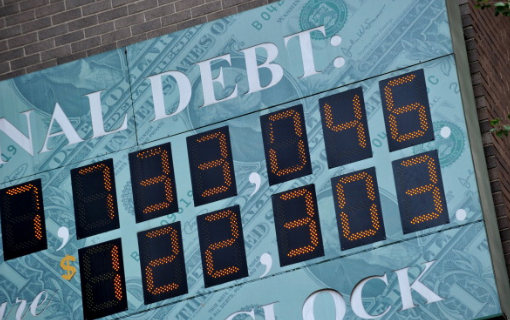 While Washington is buried in bungled health care reform and Wall Street is vexed about possibly jinxed tax reform, both seem to have lost sight of the one, giant, intractable monster in the economy that virtually no one talks about any more: Debt.

They seem to forget that excess debt was the repeat offender behind the bank failures of the 1980s, the subprime mortgage disaster of 2007, the global market meltdowns of 2008, the Great Recession of 2009 and the multiple European debt crises of 2008-2015.

Worse, they seem to ignore the fact that the last 7.5 years of near-zero interest rates and unbridled money printing have only encouraged still more debt pile-ups. “Money is dirt cheap, so why not?” say officials in Congress, the White House, the Treasury Department, and government agencies.

“As long as the government’s debt burden is under 100% of GDP,” they tell you, “we can handle it. It’s only when it surpasses the 100% threshold that we’ll be in danger.”

True or false? Let’s look at the numbers …

How much? According to the Federal Reserve’s Flow of Funds, as of year-end 2016, they have a massive $8.5 trillion of additional debts.

Add those debts to the government’s total burden … and guess what! Instead of $16 trillion in U.S. government debts outstanding, the actual total comes to $24.5 trillion, or a whopping 132% of GDP!

How bad is that? Even with the recent growth in the U.S. economy, the government debt load today is significantly larger than it was during the Great Recession and the Debt Crisis.

And from a longer term perspective, it’s absolutely horrendous. Compare it to the 1980s, when banks and S&L went under by the thousands. In those days, government debt (even including government agencies) was close 40% of GDP. Today it’s more than three times bigger.

Or compare it to year-end 1970, about eight months before President Richard Nixon devalued the dollar and abandoned the gold standard. Then, the U.S. government debt burden was only 32.9% of GDP. Now, at 132%, it’s over four times larger — in a nation that’s far more difficult to govern or reform than it was in the 1970s. Moreover …

At 132% of GDP, the U.S. government now has roughly the same debt troubles as Italy. Worse, it now has a larger debt burden than Greece had before its collapse of years ago.

And this doesn’t even begin to include the U.S. government’s obligations for Medicare, Social Security, veterans’ benefits and more.

Will these shocking realities hinder private corporations in their quest for bigger profits, prevent investors from piling into the stock market, or stop the Dow from continuing its upward rampage? Probably not yet.

Will it return to haunt the Fed, the U.S. Treasury, Congress and Mr. Trump? Probably sooner than later.

Which market will be the first to feel the impacts? Government bond markets, of course. Expect long-term bond prices to begin a secular decline, culminating in collapse, as their yields begin a long-term rise, culminating in an explosive surge.