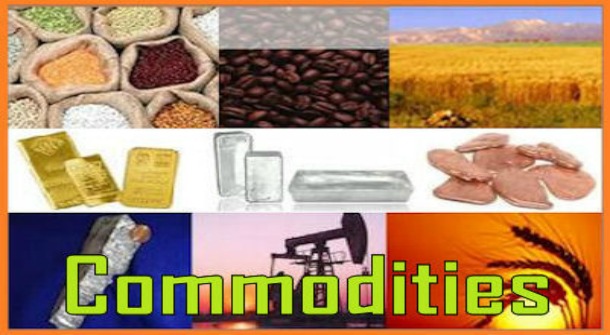 Fact; The world’s resources are finite.

Fact; Supply is constrained and demand keeps growing along with the world’s population.

Fact; A sustainable and secure supply of raw materials and energy is becoming the number one priority for all countries.

Major powers are scrambling for as much of the world’s resources as they can control. Exploration and drilling intensify daily. Previously inaccessible or unprofitable areas are targeted – the days of easy access to the globe’s resources no longer exist.

Understand the world’s current population of 7 billion people use 60 percent of our annual renewable freshwater supply.

The world’s population is projected to hit 10 billion by 2050 – global demand for food and water is expected to increase by 50% and 30% respectively by 2030.

“It should be pointed out that when we speak of wars in the last third of the twentieth century we are talking about civil wars. Between 1965 and 1999 if we look at those wars in which more than a thousand people were killed a year, there were seventy-three civil wars, almost all driven by greed to control resources—oil, diamonds, copper, cacao, coca, and even bananas.” William K. Tabb, Resource Wars

Try and imagine the coming pressure on governments in regards to sourcing resources on a national scale. The world’s most powerful nations are staking claims, through aggressive diplomacy, wherever vital reserves of resources can be found. It isn’t enough.

Nations are going to go to war over natural resources. Conflicts are inevitable.

China has been involved in territorial disputes with Japan and Taiwan over the Senkaku islands, and Vietnam over the Spratly islands.

China’s increasingly contentious showdown with Japan in the East China Sea could prove to be even more dangerous. At issue are disputed Islands (Senkakus to the Japanese, Diaoyu to China) and the fishing rights and natural resources those islands would deliver to their owner.

The standoff has already resulted in several direct confrontations between China and Japan.

The U.S. has treaty obligations to Japan. Secretary of Defense Chuck Hagel recently warned China that any attack on the disputed islands would “fall under our security obligations.”

Chinese dam-building on the upper reaches of the Brahmaputra River has raised fears in India that Beijing might one day turn off critical water supplies.

Both India and China are pushing to gain a foothold in the Arctic. Melting ice is opening passages for shipping and creating the conditions for a boom in the extraction of fossil fuels and minerals.

Both countries are building up their navies to project influence, and China’s presence in the Indian Ocean is expected to grow.

“India will be concerned by a growing Chinese naval presence in the western Indian Ocean, which it has always considered its preserve. It has tolerated a significant U.S. presence there, but it has never considered the U.S. an enemy.” David Shinn, a former U.S. ambassador in Africa

The Arctic Council is made up of the eight Arctic nations: Canada, Denmark, Finland, Iceland, Norway, Russia, Sweden and the United States. These countries work through the Arctic Council to lay ground rules for governing the Arctic – the Council acts as a key vehicle for hashing out the not inconsiderable strategic stakes.

“With the Arctic ice melting, the region’s abundant supplies of oil, gas and minerals have become newly accessible, as have shortened shipping routes and open water for commercial fishing, setting off a global competition for influence and economic opportunities far beyond the nations that border the Arctic.” Yale.edu

China has recently won observer status on the council as has India, Italy, Japan, Singapore and South Korea.

The biggest losses show up as red hotspots. Almost all of those red hotspots center on the major aquifers of the world. Grace shows us that groundwater depletion is happening at a very rapid rate in the arid and semi-arid parts of the world.

And the losses are staggering.

Parts of Turkey, Syria, Iraq and Iran along the Tigris and Euphrates rivers have lost 144 cubic kilometers of stored water. The majority of the water loss, about 60 percent, is due to reductions in groundwater.

There’s 600 million people living in the extremely dry 2,000 km stretch of land that extends from eastern Pakistan across northern India and into Bangladesh.

NASA’s Grace satellite measurements show a loss of 54km3 of groundwater a year.

At 54km3 of water loss per year, Lake Ontario (water volume of 1,639km³) would be dry in 30 years. A cubic kilometer of water equals about 264 billion gallons.

A 2005 Organization for Economic Co-Operation and Development Issues Brief suggested that conflicts and violence over access to water would likely increase because, “competition for water exists at all levels and is forecast to increase with demands for water in almost all countries. In 2030, 47% of world population will be living in areas of high water stress.”

In a 2012 report, the US director of national intelligence warned that overuse of water – as in India and other countries – was a source of conflict that could potentially compromise US national security. “Our Bottom Line: During the next 10 years, many countries important to the United States will experience water problems—shortages, poor water quality, or floods—that will risk instability and state failure, increase regional tensions, and distract them from working with the United States on important US policy objectives. Between now and 2040, fresh water availability will not keep up with demand absent more effective management of water resources. Water problems will hinder the ability of key countries to produce food and generate energy, posing a risk to global food markets and hobbling economic growth. As a result of demographic and economic development pressures, North Africa, the Middle East, and South Asia will face major challenges coping with water problems.”

The Pacific Institute, which studies issues of water and global security, found a fourfold increase in violent confrontations over water over the last decade. “There is a long history of conflicts over water resources, extending back thousands of years into myths, legends, and ancient history. But even now, in the modern world, disputes over access to water, the use of water as a weapon, and the targeting of water systems during conflicts remain all too common. It has been argued that water resources have rarely, if ever, been the sole source of violent conflict or war. But this fact has led some international security “experts” to ignore the complex and real relationships between water and security, which remain a major challenge. Indeed, our work suggests that the risks of water-related violence and conflict is growing, not diminishing, as population, resources, and economic and environmental pressures on scarce water resources increase. Many of these risks are materializing at the sub-national level rather than as disputes among nations, but even at the national level, there are growing concerns about tensions in Africa and parts of Asia that share international rivers but lack international agreements over how to manage those waters.”

Nations are going to increasingly compete for the world’s diminishing resources.

China is a surging military power, Russia is a resource powerhouse but politically corrupt and economically crippled. Japan is rebuilding its military. The U.S. is treaty bound to protect Japan and South Korea and will protect the Philippines in the face of Chinese aggression. Proxy conflicts in Africa, and elsewhere, between and among, U.S., Chinese, Indian and European backed forces will intensify in the future.

The Arctic will be an area of growing resource interest and rising conflicts.

A year ago, leading German industrial companies (to name four – BASF and Bayer who emerged from now infamous IG Farben, ThyssenKrupp, formerly two separate companies. Thyssen and Krupp both supported Hitler, the Volkswagen Group was founded on Hitler’s initiative) launched the Resource Alliance (Rohstoffallianz) for the purpose of securing the supply of selected raw materials for its shareholders and corporate members.

Germany’s Resource Alliance is advocating the use of military force to secure raw materials to keep Germany’s industrial machine chugging along.

Imperialism is the process whereby the dominant politico-economic interests of the time expropriate, for their own enrichment, the land, labor, natural resources and markets of others.

World War II gives us an excellent example of imperialism. The Nazi state gave German business cartels the opportunity to plunder the resources of occupied Europe.

Will future historians write that Iraq (oil), Libya (more than oil, Libya has one of the largest fresh water systems in the world contained in four major underground basins), Afghanistan and Syria, both literal gold mines of mineral wealth were the first battlegrounds in a continual war over resources?

Increasingly it’s going to be a resource centric world. Major powers will confront resource rich areas, in the left hand will be aggressive diplomacy – WE will build you bridges, schools, hospitals, transportation and power infrastructure in return for long term off take agreements for your resources. The right hand is understood to be a military club. Proxy conflicts, rebels, insurgents and civil war if you don’t agree or deal with someone else.

It isn’t if, it’s when do confrontations already underway, and the coming future conflicts spin out of control?

China’s after oil in the South China Sea and again it’s China but versus Japan in the East China Sea, both of whom are starved for energy.

Russia annexes the Crimea, Putin’s eventual goal – the vast natural resources of the Ukraine. In 2008 Putin stopped NATO from signing up Georgia and Ukraine into its membership action plan. He then moved against Georgia. In 2013 he interrupted Ukraine’s signing of an association agreement with the EU. Now he’s annexed the Crimea and is on record stating that Ukraine is not a country but a territory and insists it should be divided. If Putin is successful in his bid for Ukraine what’s next? The Baltic states come to mind.

The German industrial complex, the Rohstoffallianz, is openly advocating imperialism.

An escalation in tension, and an increase in resource driven conflicts is certainly on my radar screen. Is the truth behind what’s increasingly going to drive future armed conflicts on your radar screen?

If not, it should be. 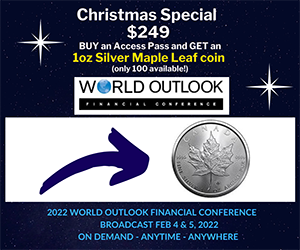