WannaCry and the War Cycles 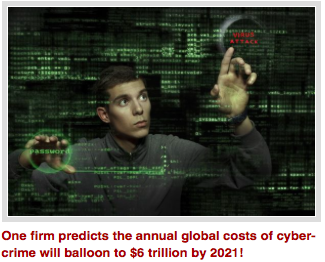 Here at the Edelson Institute, we follow the war cycles very closely: Larry’s research shows that the cycles of war and conflict continue to ramp up. And that this escalation will not peak until the year 2020.

A huge part of the war cycles is cyber-warfare. And we are witnessing just the beginning.

Case-in-point: The lingering ransomware attack that began in Europe last Friday and continues hitting new targets in Japan and China this week.

The WannaCry software has locked thousands of computers in more than 150 countries. This ransomware attack, which hit 370,000 computers, stands far and away as the most severe malware attack so far in 2017.

The spread of this troubling ransomware is far from over. There are reports that link this attack to North Korea. If confirmed, it will add to the growing tensions between the U.S. and North Korea.

This is on top of other massive cyber-wars between countries, of which the Russian hacking of the U.S. elections is just the most recent in a firestorm of examples. We also see cyber-espionage by governments against each other and against their own people. In fact, Cybersecurity Ventures – which tracks and analyzes trends in cyber-misconduct – predicts the annual global costs of cyber-crime will balloon from $3 trillion in 2015 to $6 trillion by 2021.

The $6 trillion includes the damage and destruction of data, plus stolen money and lost productivity. And don’t forget about the theft of intellectual property, personal and financial data, embezzlement, fraud, and post-attack disruption to the normal course of business … all of which adds up to huge sums of money to restore and replace.

That’s a staggering list of damages and a heck of an outlay of cash.

As the war cycles ramp up, cash-strapped, over-indebted nations are going to be forced to spend more money than ever on national security. And cyber-protection is just part of that equation.

We will continue to see the spread of cyber-espionage and the outright loss of liberty and privacy. Cyber-crimes and cyber-warfare might become the greatest threat to every person, place, and thing in the world.

But, it’s not all doom-and-gloom. For a savvy investor, there are plenty of ways to protect and grow your investments. Here’s how to play it …

As cyber-attacks become more common, the need for protection against them will skyrocket, driving up demand for cyber-security software.

That’s why, right now, I have my eyes on a number of companies in the cyber-security space, including: FireEye Inc. (FEYE), Fortinet Inc. (FTNT), and Symantec Corp. (SYMC). And if you don’t want to bet on an individual company, you can always go with an ETF, like PureFunds ISE Cyber Security (HACK) or First Trust NASDAQ Cybersecurity (CIBR).