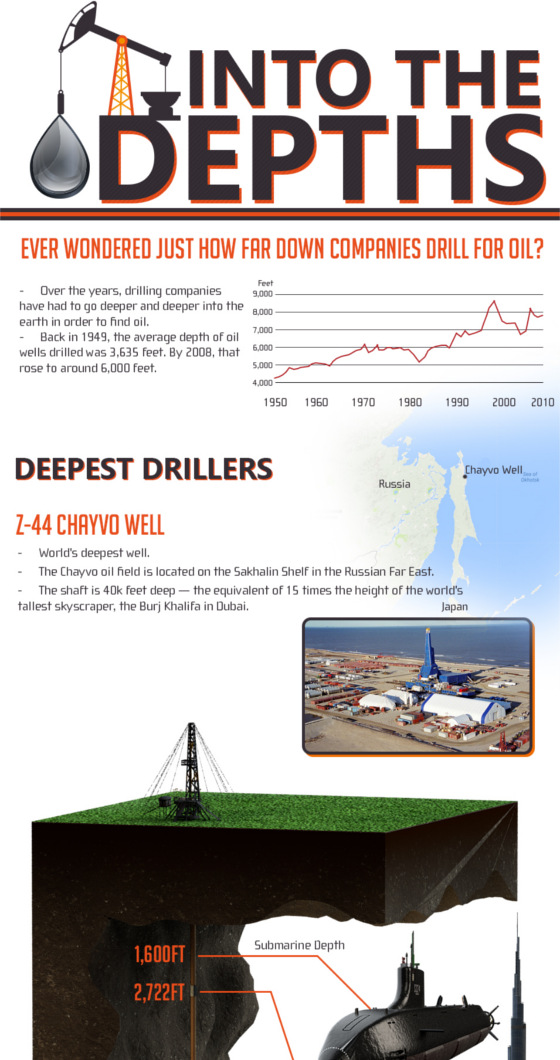 In a remote part of eastern Russia, the world’s deepest oil well has been drilled to incredible depths.

Operated by Exxon Neftegas Ltd, it helps to unlock a shelf that is expected to yield 2.3 billion barrels of oil.

But even more fascinating is the old Soviet well that previously held the record for drill depth, in which drillers thought they reached “hell” itself in 1992.

Click on the image for full image and full story: