Vancouver Speech – Observations of a Trader 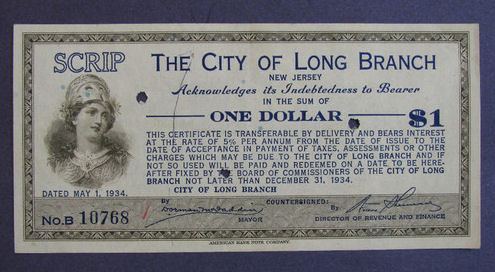 QUESTION: Mr. Armstrong; Your lecture at Vancouver was simply amazing. Inside of 15 minutes you tore the entire world economy apart and exposed the fallacy that we are taught and I am an economics major. Everyone was talking about what you had to say going out the door. You previously said that rising unemployment can take place with expanding domestic economic conditions. This seems to be taking place. Can you elaborate a bit more on this keen observation?

Thank you so much for being the beacon of light in an economic storm.

ANSWER: Thank you very much. In all reality, these are the observations of a trader – not an academic. I never cared about theory, just figuring out what made the markets tick. I appreciate that those who change any established field always come from the outside in. I suppose I just have to get use to this impact of simply observing how to trade. We are in a convergence of two creative-destructive events. The first is the shift fromPUBLIC to PRIVATE. Municipal governments are collapsing everywhere – including Europe. I have noted that during the Great Depression they even were forced to issue their own money. Therefore, we will continually see the rise in unemployment from the collapse in the public sector. These people have kept expanding their little empires ignoring the fact that their funding means taking more and more disposable income from the citizen. They then promised themselves exceptional benefits. Teachers in New Jersey were given 100% lifetime health benefits upon retirement. Nobody ever bothered to ask where is the money coming from?  This is creative-destruction – the readjustment of reality. The municipal governments are collapsing everywhere and they CANNOT print money, so this isDEFLATIONARY and not HYPERINFLATION nonsense. Therefore, we are creating a new readjusted would from the old – creative-destruction.

The second creative destruction trend is the INTERNET. This is the same as the invention of the combustion engine that eliminated the bulk of jobs in agriculture, capped the expansion of the railroad era, and enabled the growth of the suburbs. The INTERNET has been displacing jobs from small stores to publishing. Book publishers are becoming obsolete for their biggest strength use to be distribution. Today, their biggest customer is Amazon.  Newspapers are also dying and as the older generation dies out, so will newspapers. Magazines and newspapers will be replaced online. This is reducing jobs on a grand scale. The invention of the railroad wiped out local business and brought in competition. They created the mail-order business and the world was changed. The automobile did the same to the railroads. Now the INTERNET is wiping out local business bringing in competition.  This is simply the cycle of how the economy expands.

Our own business began sending reports by telex. The cost would rise to $50 each and thus the communications costs for our services would be $250,000 annually in early 1980s. Then FAX came and reduced that cost t $3. Now the INTERNET and emails reduced that delivery cost to ZERO and the vast majority of people can read this when only the largest institutions could afford it in the early 1980s. This is the advancement of technology through creative-destruction.

The skill set changes. Students had better learn how to program today for that is how to read and write in the future. This is the force of creative-destruction that the economy seems to go through every 51.6 years to varying degrees, It is why you can have rising unemployment, yet expanding domestic economic activity and it gets very confusing if you are married to the old linear way of thinking.

So unemployment rose as ALWAYS after Xmas because retailers do about 40% of their business during the last quarter and hire help for that reason temporarily. What should we be so stunned at this trend? The other trend nobody is talking about is the avoiding of benefits. Obamacare will limit the growth of business and the Democrats are too stupid or ignorant to even understand the concept. For Obama is doing the very same thing himself. The Post Office is hiring part-time people because they do not get the benefits and pensions. Government itself is contributing to these numbers as people are shifting from full-time to part-time.