U.S. to Be World’s Top Oil Producer in 5 Years 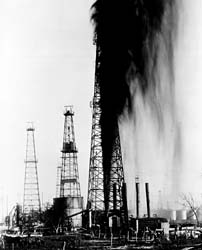 The US will overtake Saudi Arabia as the world’s leading oil producer by about 2017 and will become a net oil exporter by 2030, the International Energy Agency said Monday.

That increased oil production, combined with new American policies to improve energy efficiency, means that the United States will become “all but self-sufficient” in meeting its energy needs in about two decades — a “dramatic reversal of the trend” in most developed countries, a new report released by the agency says.

“The foundations of the global energy systems are shifting,” Fatih Birol, chief economist at the Paris-based organization, which produces the annual World Energy Outlook, said in an interview before the release.

Growing supplies of crude extracted through new technology including hydraulic fracturing of underground rock formations will transform the U.S. into the largest producer for about five years starting about 2020, the Paris-based adviser to 28 nations said today in its annual World Energy Outlook. The U.S. met 83 percent of its energy needs in the first six months of this year, according to the Energy Department in Washington.

“The IEA outlook feeds into the idea of a shift in the center of influence in the world oil market,” said Gareth Lewis-Davies, an analyst at BNP Paribas SA in London. “Given Saudi Arabia is willing to shift production up and down it will retain a large degree of influence, and remain important as a price-influencer.”