Posted by Jim Willie via The Market Oracle 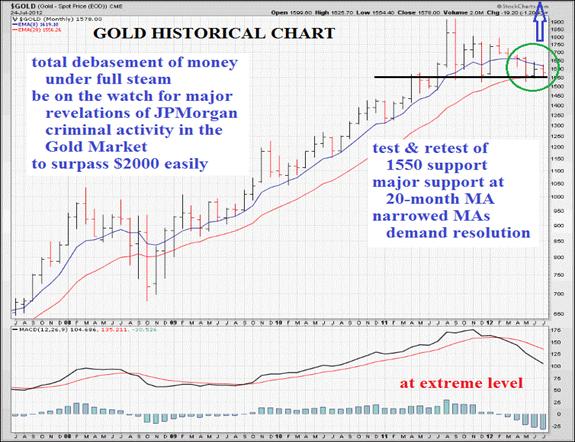 The USTreasury 10-year yield went below 1.4% this week. Some unenlightened celebrate the asset appreciation and point to a successful asset in performance in an otherwise dismal financial market. The Jackass said in the June 6th public article “USTBonds: Black Hole Dynamics” that such a success is a marquee billboard message of economic meltdown and systemic failure. As the rally continues, possibly the onliest rally outside of corn and soybeans in yet another disaster, people should focus on whether the systemic collapse will occur before the 10-yield hits 1.0% in my warning. Focus on four major points:

Fear not. The USTBond 10-year yield (TNX) will not and cannot reach below 1.0% as all ponderings of a world with 0% on 10-year yield are divorced from reality. The Black Hole is working hard, gathering force, amplifying the gravitational field. It is happening right on schedule, no surprise here, a very easy correct forecast. The original supposed Flight to Safety in the USTBonds was totally fabricated and phony. As mentioned at least a dozen times by the Jackass, the last half of year 2010 saw the dutiful Wall Street outpost Morgan Stanley devote a fresh $8 trillion in interest rate derivatives, fully documented by the Office of the Comptroller to the Currency. Their reports never make the headlines, since they are so chock full of rancid fetid scum. As the TNX  marches down the swirling pathways within the vast USGovt debt sewer-like cisterns, their energy will be derived from the massive recession that has engulfed the USEconomy. Not only is the flight to safety in the USTBond complex a total fabrication falsehood, but the USEconomic recovery is also a fiction written on political propaganda posters. The followon flight to the bubble ridden USTBond is based upon economic wreckage and broad disintegration of the entire periphery and surrounding core to the bond market. The great sucking sound can be heard, much like during the non-earthquake in Virginia in September 2011. Experienced traders are looking at each other, in full recognition that the TNX rally is indeed an endgame signal.

Gold Is The True Sanctuary

The concept of solutions for the global monetary system, the global currency system, and the global banking system, have become outright laughable and an insult to the intelligence of observers. The paper system has become weighed down by toxic assets to the point of rendering the entire system insolvent and sinking its future prospects. No new debt can repair and provide remedy for the fatally sick and current overly indebted dying system. The new trade settlement facilities are ready to put in place, based upon a Gold & Silver core. That word has come from a source directly involved in the preparation process for the Eastern Fortress. The trade notes will provide the lubrication to complete trade, which will have a hard asset core. The USDollar will gradually fade away from trade settlement, except for the United States, Canada, the United Kingdom, and possibly Southern Europe. The great tipping point approaches, whereby over half of global trade will be settled outside the domain of the crippled toxic USDollar. The foreign participants can no longer tolerate the bank bond fraud, the central bank debasement, and the usage of bank devices as weapons. Major changes are coming. A return to a certain type of Gold Standard is right around the corner, awaiting the Western collapse that is in a late stage of pathogenesis. The jumping brush fires that the London, New York, and Western European bankers must contend with will eventually envelop them, doling out massive smoke inhalation. Worst of all, the jumps will expose new areas of corruption every few weeks, sufficient to bring down the system. After all, it is a fiat faith based system. The faith has long ago vanished. All that remains is power politics, arrogance, and corruption. The new system will force the Gold price above $5000 per ounce on a conservative basis. It is all part of the plan not yet revealed. The Gold/Silver Ratio will revert to 20:1 in time. That translates for the math impaired to a $250 per ounce Silver price. These are conservative figures.

From THE HAT TRICK LETTER PROFITS IN THE CURRENT CRISIS.