US Reserve Status and a Euro Top? 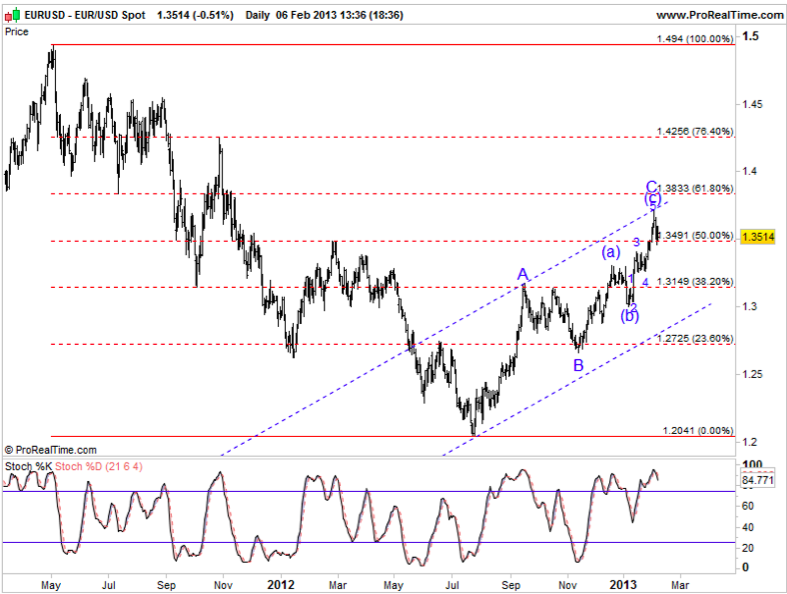 “I am suspicious of the idea of a new paradigm, to use that word, an entirely new structure of the economy.”

The US Dollar Reserve Status is in Jeopardy? Oh really!

Winston Churchill once quipped, “It has been said that democracy is the worst form of government except all the others that have been tried.” Granted, it would be a stretch to say the current global monetary regime is better than any that have been tried. But given the state of the global economy and dearth of global cooperation on matters large and small it seems a system that will be with us for quite a while…likely too long.

Many analysts wax nostalgic for the days of a gold-based monetary standard. Lamenting that if we had such a system today, all else good would follow. Granted, in its heyday, the gold standard served the globe quite well. But whether gold or wooden shoes or Coconut trees are used as a standard, the reason it succeeded was because central banks at the time, led by the Bank of England, took their jobs seriously.

By seriously, I mean central banks did not waver in their commitment to maintain a stable currency in reference to gold. If a recession was needed to bring currency balance back in line, a recession it was. And there was a major self-reinforcing benefit based on this seriousness. When there was a slight misalignment of values, i.e. gold was moving out of the country in the standard gold-specie regime, the market would actually bet on the central bank expecting them to bring the currency back in line, i.e. when central banks were serious the flows became positively self-reinforcing, thereby reducing volatility. Today, it seems the exactly the opposite.

Thus, the current environment helps to maximize volatility in currencies. No one out there expects central banks to be proper stewards of the currency—they have become bag men for irresponsible federal governments. It is all about this very nebulous and dangerous word called “stimulus.” So instead of forcing the market to clear by means of a sharp swift recession, setting the stage for fresh vibrant growth, our central bankers and their government handlers do all they can to prolong the crisis precisely because their primary goal is “full employment;” full employment of legacy assets owned by government cronies, fully employment of K-street, and full employment of voters beholden to big government. Is it any wonder the current monetary regime isn’t producing growth?

This doesn’t mean by virtue of the dollar as reserve currency it is bad. It does mean that irresponsibility by those in charge would likely destroy even the most elegantly designed system. But keep in mind that monetary systems in history were more evolutionary than revolutionary. It will likely be so in the future.

Maybe China’s growth remains on track. Maybe China’s political environment remains stable. Maybe the experiment with Dim Sum bonds in Hong Kong and other yuan-based derivatives usher in much more sophistication within the Chinese financial system. Maybe China opens its capital account and allows foreigners to hold the vast amounts of Chinese assets; a requirement part and parcel to a global reserve currency. If so, then expect the next evolution in global reserve status to be the yuan.

Granted, China is moving in the right direction to establish itself as global currency hegemon, but two things you shouldn’t expect: 1) for the Chinese currency to be the global reserve currency anytime soon; and 2) to ever return to a gold-based monetary system unless there is a 180-degree paradigm shift in government responsibility. Fat chance!

Euro: Is the top in? I think maybe could be it is.

We are likely now on to the next phase in the ongoing saga of the currency that was destined to supplant the US dollar as a reserve currency—the euro. Not saying there is no possibility of that happening, but not seeing a high probability.

The new phase will likely be characterized by more political bickering during a vital German election year, rising social unrest, the end of the big run in periphery bond prices (falling yields) and some major jawboning from European pols that shows indeed they are worried about the euro’s impact on growth (now that the ECB has “solved” the financial crisis).

“The euro should not fluctuate according to the mood of the markets,” the French president told the European parliament. A monetary zone must have and exchange rate policy. If not, it will be subjected to an exchange rate that does not reflect the real state of the economy.”

Translation from French to English (American version): The damn currency is too high! EUR/USD Daily: Correction complete? Maybe! I think you can guess which way we are playing this in our forex service. It is getting fun.