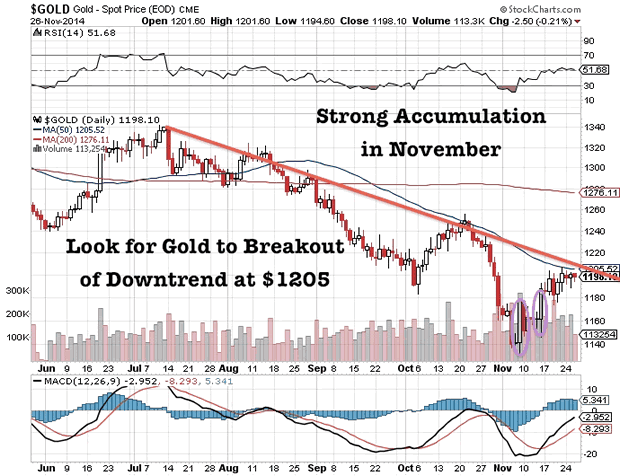 Despite the junior resource sector being near a major bottom and going through a bear market of epic proportions, I still believe that this may be one of the best times to add to quality positions. Nothing perfects one’s craft in the financial markets like a bear market. In a bear market one has to refine their skills in stock picking. The emergence of a new bull market is usually the most propitious time for outsized gains.

Investing in stocks is easy if you follow the rules that have proven to be successful over time. The number one rule is buying low and selling high. Many investors are chasing the US dollar (UUP) and Large Cap Equities (SPY) to record heights liquidating all their junior miners (GDXJ). Be careful of selling low the junior miners and buying assets such as US bonds (TLT) and large caps (DIA) at record high valuations.

In 2011, the herd mentality pushed silver and gold to record values selling all their stocks before a multi-year correction ensued. See my article back in 2011 which was published on Seeking Alphawhich warned about the precious metals market overheating and my video analysis from August 2011 forecasting a bottom in the S&P500.

The opposite tactic should now be considered of liquidating large cap equities, real estate and the US dollar and build positions in junior resource stocks that are extremely high quality and compelling takeout targets. Gold (GLD) and silver (SLV) could gap higher by the end of 2014 and the top notch juniors could skyrocket. Its not just me that sees the value in gold, but entire nations. The Swiss voters decided not to back the Franc with a 20% gold reserve with a pledge never to sell its gold again. However, it is important to be encouraged that people are beginning to be concerned about fiat currency and foreign exchange manipulation. The Swiss made a mistake back in 1999 to drop their gold backing.

Look at the Russians who bought close to 19 tons in October. The Russian Rouble is crashing along with the economy due to the Ukraine standoff and record low oil prices. Smart investors should be adding precious metals and energy to their portfolio instead of expensive US dollars. Demand in China and India is still strong for gold and silver as evidenced by record coin sales and numismatic premiums rising. Could the Russian economic collapse spark a global rush to buy physical gold and silver by other nations and sovereign wealth funds? Eventually, a change in psychology for precious metals could affect our junior mining positions trading at pennies on the dollar to see explosive gains.

Many Central Banks around the world have a zero or negative interest policy. This expansion of fiat currency on the market has never occurred before yet investors are flocking to the US dollar in record proportions. However, smart investors are already positioning ahead of the masses. When the US dollar bubble pops and follows other currencies lower, then gold and silver may appear as the new safe haven. It is at this time where our junior miners which are trading at pennies could be trading for dollars.

When this financial event occurs it will be too late to buy. One has to prepare ahead of the storm. The sages ask who is wise? One who sees the future. Its easy to recognize what’s happening now. Being able to see the developing storms ahead and acting upon it before it hits is the challenge. The rebound in precious metals could be one of a series of gaps higher. Right now look for a rally to begin when the recent downtrend in gold since July is broken to the upside at $1205.

For the past 70 years, Americans have lived in economic luxury like we have never seen before in human history. This has been due to huge increases in debt and borrowing. The Roman emperor’s would be jealous of the average American and Monday Night Football. More Americans care about the top Quarterback ratings rather than the debt level. Only a small minority of Americans and Swiss are concerned about the dangerous debt levels in Europe, Japan and the United States.

Now the dollar is strong against other currencies. Some incorrectly believe this is true to the strength of the US economy. The only reason the US dollar is rising is because all the other currencies are weak. The Japanese and Europeans have been turning on the printing presses to maximum for the past few months. Don’t be surprised to see credit rating changes to these nations.

The US may be on the verge of another economic crisis. In addition, there is a growing chasm between the races in the United States. Look at the violence and looting in Ferguson, Missouri. Watch the protests in Hong Kong as well.

We are in an environment which could destroy the banks. They are scared as they are still sitting on hundreds of millions of bad loans. Don’t be misdirected by the new age economists who say deficits and soaring debts are not such a big deal. Eventually, the piper must be paid and not with fiat money but with real money such as gold and silver that has maintained its value for thousands of years.